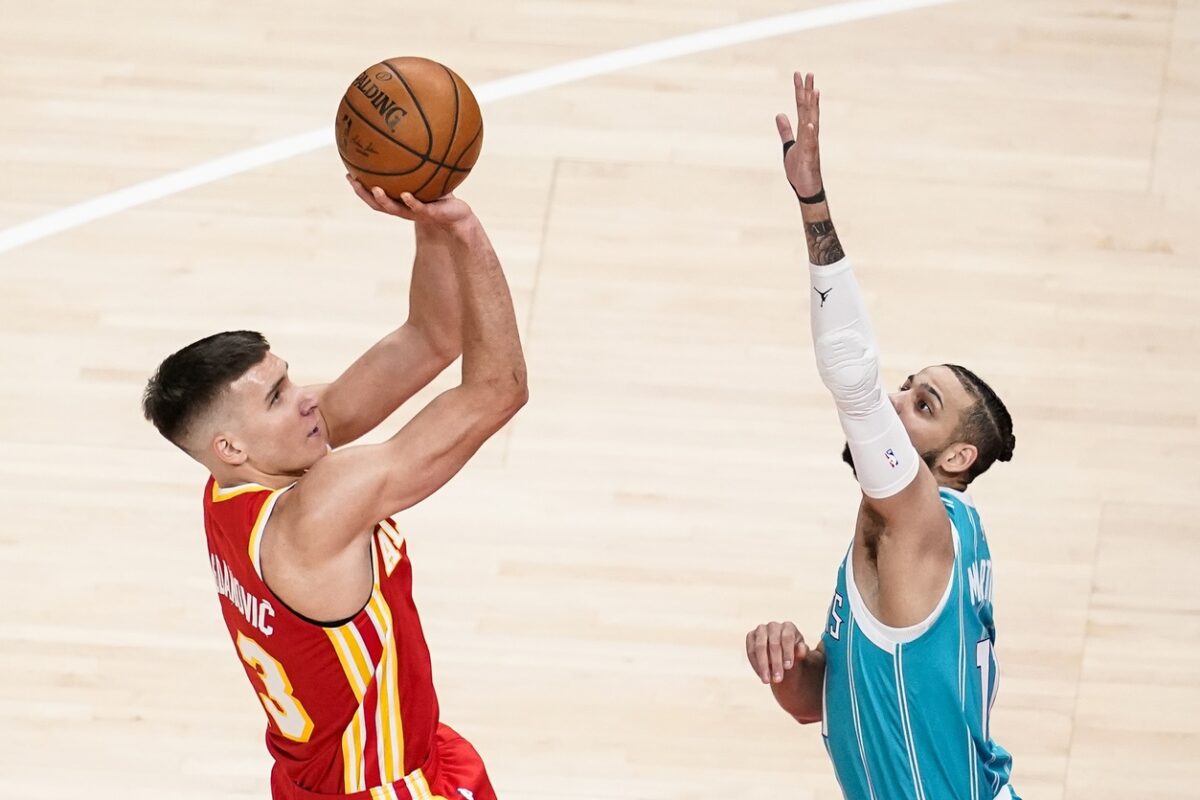 The Golden State Warriors and Los Angeles Clippers are looking for ways to augment their rosters ahead of the 2021 playoffs.

According to Jared Weiss and Sam Amick of The Athletic, both teams are interested in Hawks guard Bogdan Bogdanovic.

“Bogdanovic is just five months removed from signing a four-year, $72 million with the Hawks in restricted free agency, but sources say he is attracting significant interest heading into the deadline,” wrote Weiss and Amick. “Sources say Golden State (in a Kelly Oubre [Jr.] package) and the Clippers (assets/players unknown) are among the teams that have shown interest.”

Bogdanovic, 28, has had an underwhelming campaign with the Hawks.

As a matter of fact, the guard is averaging a career-low 9.5 points and 2.3 assists per game this season. Bogdanovic has missed significant time this year due to right ankle injury.

More recently, the Hawks have hit a marvelous groove. They’re on an eight-game winning streak.

The Warriors are reportedly shopping Oubre, who is set to be an unrestricted free agent this offseason. He’s collecting 14.9 points, 5.8 rebounds and 1.3 assists per game this season.

As for the Clippers, the team holds a 27-16 record and is the No. 4 seed in the Western Conference. The Clippers could look to double down with going all in due to the recent injury update of Los Angeles Lakers champion LeBron James.