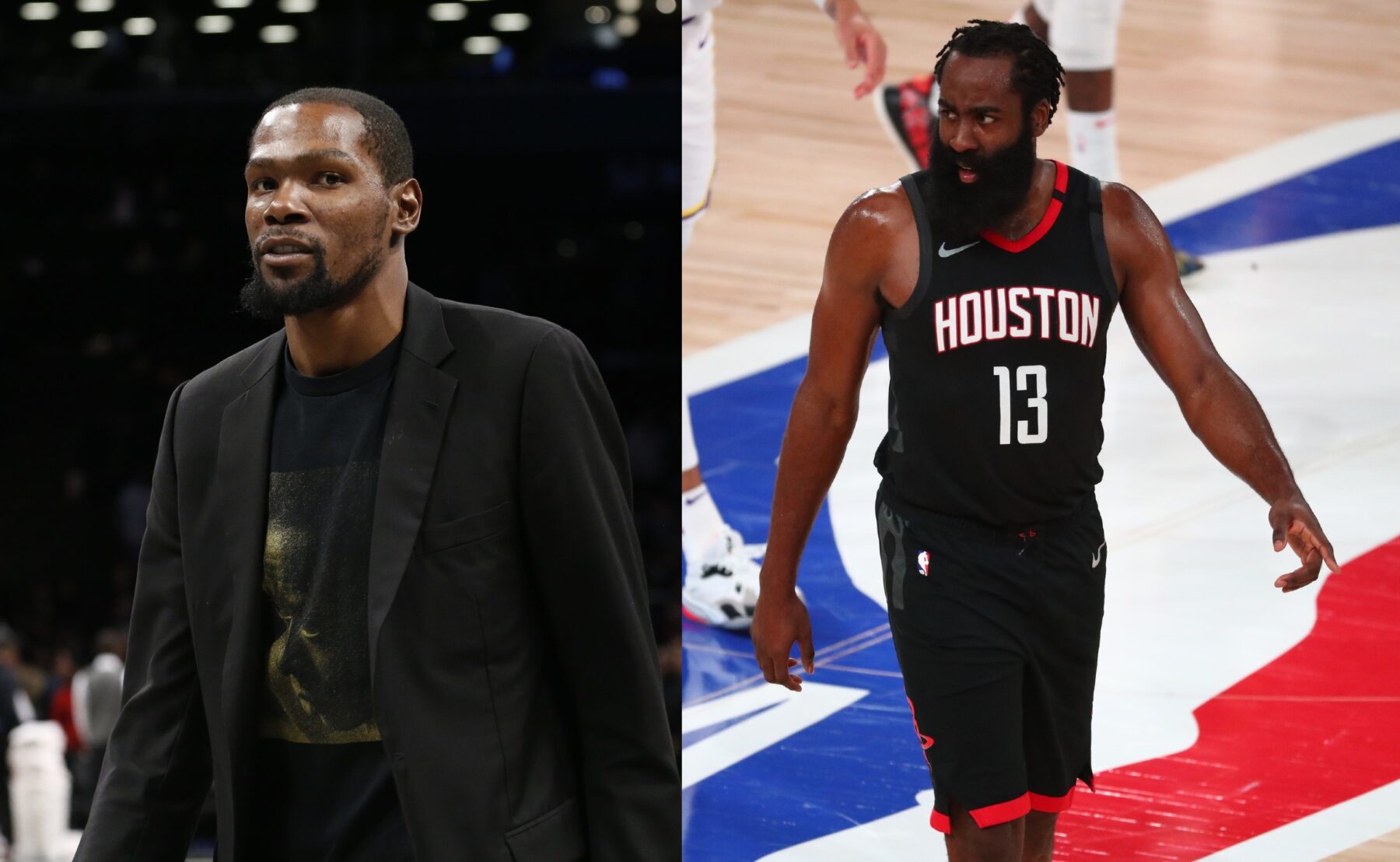 Brooklyn Nets superstar Kevin Durant was not recruiting James Harden to join him and Kyrie Irving on the Nets.

Durant called rumors of him trying to recruit Harden “made up.” He also said that it is up to Brooklyn’s front office to make moves.

Kevin Durant says rumors about him talking to James Harden about playing with the Nets are "made up" and its up to the front-office to make moves.

Durant and Harden were teammates early in their careers with the Oklahoma City Thunder.

There had been rumors of a reunion, but the Rockets have not seemed open to dealing Harden at this time.

Houston is having a tumultuous offseason as both Harden and point guard Russell Westbrook seem to want out from the organization.

The Rockets were eliminated in the second round of the playoffs last season, and if they trade the two stars, they seem destined for a rebuild.

Durant, on the other hand, missed all of the 2019-20 season as he recovered from an Achilles injury.

For now, it seems that Durant and Harden will be on opposing teams when the 2020-21 season kicks off on Dec. 22.