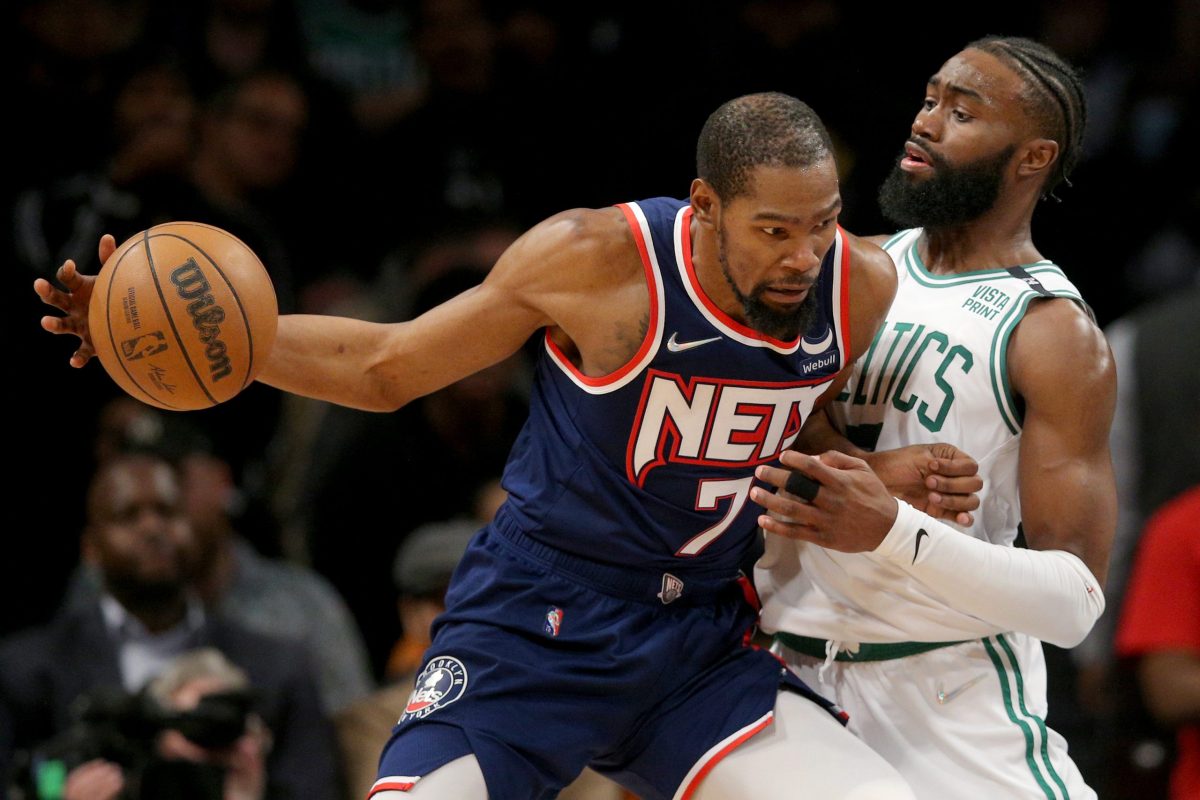 The biggest ongoing story of the 2022 NBA offseason has undoubtedly been the drama between the Brooklyn Nets and team superstar Kevin Durant.

Earlier this summer, Durant requested a trade from the team. Despite Durant’s repeated confirmation that he does indeed want to move on from the organization, the Nets have yet to make a move.

Some have assumed that the Nets are hoping that the two sides can mend their differences.

However, according a recent report, one NBA executive believes that Durant would rather retire than play another game with the Nets.

“During summer league in Las Vegas, one of the most well-connected team executives I speak to regularly insisted to me that, based on what he was hearing, Kevin Durant was more apt to retire than play again for the Brooklyn Nets,” Marc Stein wrote. “This was in early July.”

Stein went on to report that many expect Durant to continue to stand pat with his current request and raise the stakes if he is not ultimately moved by training camp.

“If Durant hasn’t been traded by then, there is a growing expectation in league circles that he will continue trying to cause as much of a ruckus behind the scenes to try to prod the Nets into lowering their asking price at last to facilitate a deal,” he wrote. “If it wasn’t apparent by now, he really wants that trade to Phoenix or Miami or maybe even Boston or Philadelphia, no matter what it does to his reputation when he hasn’t played a single game yet under the four-year, $194 million contract extension signed in August 2021.”

Durant has seemingly dug into his desire to no longer play for the Nets despite the fact that he chose to join the organization just a couple of years ago. It’s a perplexing situation, and the report makes it all the more confusing.

It is hard to imagine what happened behind closed doors that has made Durant so emphatic about no longer wanting to be a part of the organization. Whatever it was, there seems to be a clear belief throughout the league that the differences are irreconcilable.

If Durant were to ultimately choose to retire to avoid playing with the Nets, it would not only be a major loss to the franchise, but also to NBA fans everywhere. Durant is, without a doubt, one of the most impressive players to watch in the league.

Hopefully, the situation does not come anywhere close to that even being a remote possibility.