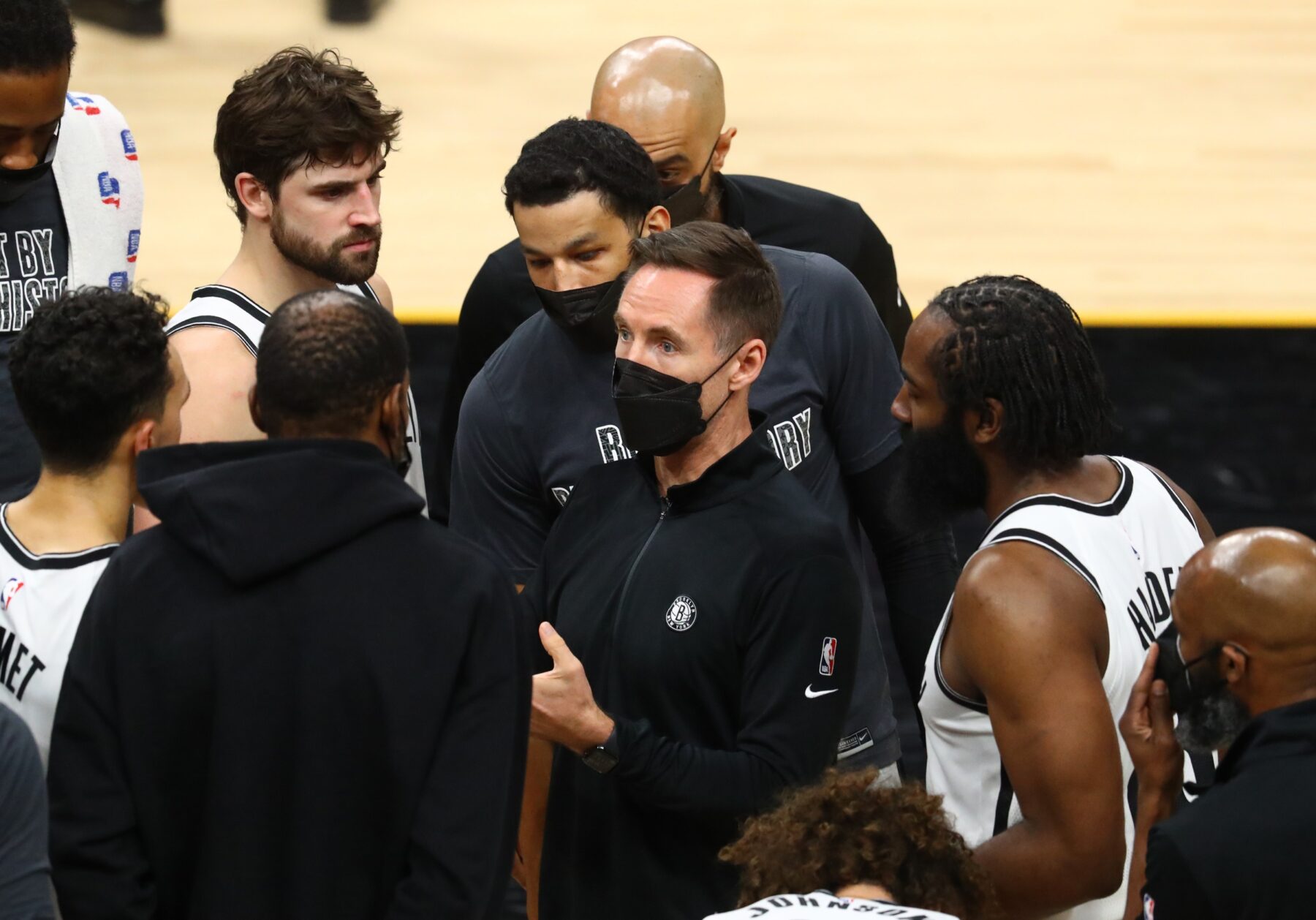 The Brooklyn Nets have added an incredible amount of talent since the start of the 2020-21 season and now may be the team to beat in the NBA.

Moreover, a lot of fans around the world don’t seem to like the fact that the Nets continue to compile talent. Most recently, the Nets added former All-Stars Blake Griffin and LaMarcus Aldridge.

After being labeled as the villains of the league, Nets head coach Steve Nash issued a hilarious response on behalf of his team.

A good laugh to end pregame media availability: Steve Nash finishes his press conference by letting out a ~roar~ — his impression of the Nets being dubbed the “villains” of the NBA. pic.twitter.com/9L0GKmqgWb

There’s no doubt that the Nets have an incredibly star-studded roster. Griffin and Aldridge are past the primes of their careers, but are still expected to be major contributors.

The Nets are led by the superstar trio of Kyrie Irving, James Harden and Kevin Durant. The Nets are 31-15 and have been flirting with overtaking the top seed in the Eastern Conference as of late.

They’ve done that despite the fact that Durant has not actually played since Feb. 13. Of course, Durant is coming off of missing an entire season due to an Achilles injury. For that reason, it is likely that the Nets are practicing an abundance of caution when it comes to his return.

Once Durant returns, it stands to reason that the Nets will take another major leap forward this season.

Once the playoffs arrive, it will be fascinating to see if the talent on the roster proves to be enough to win a title for Brooklyn.