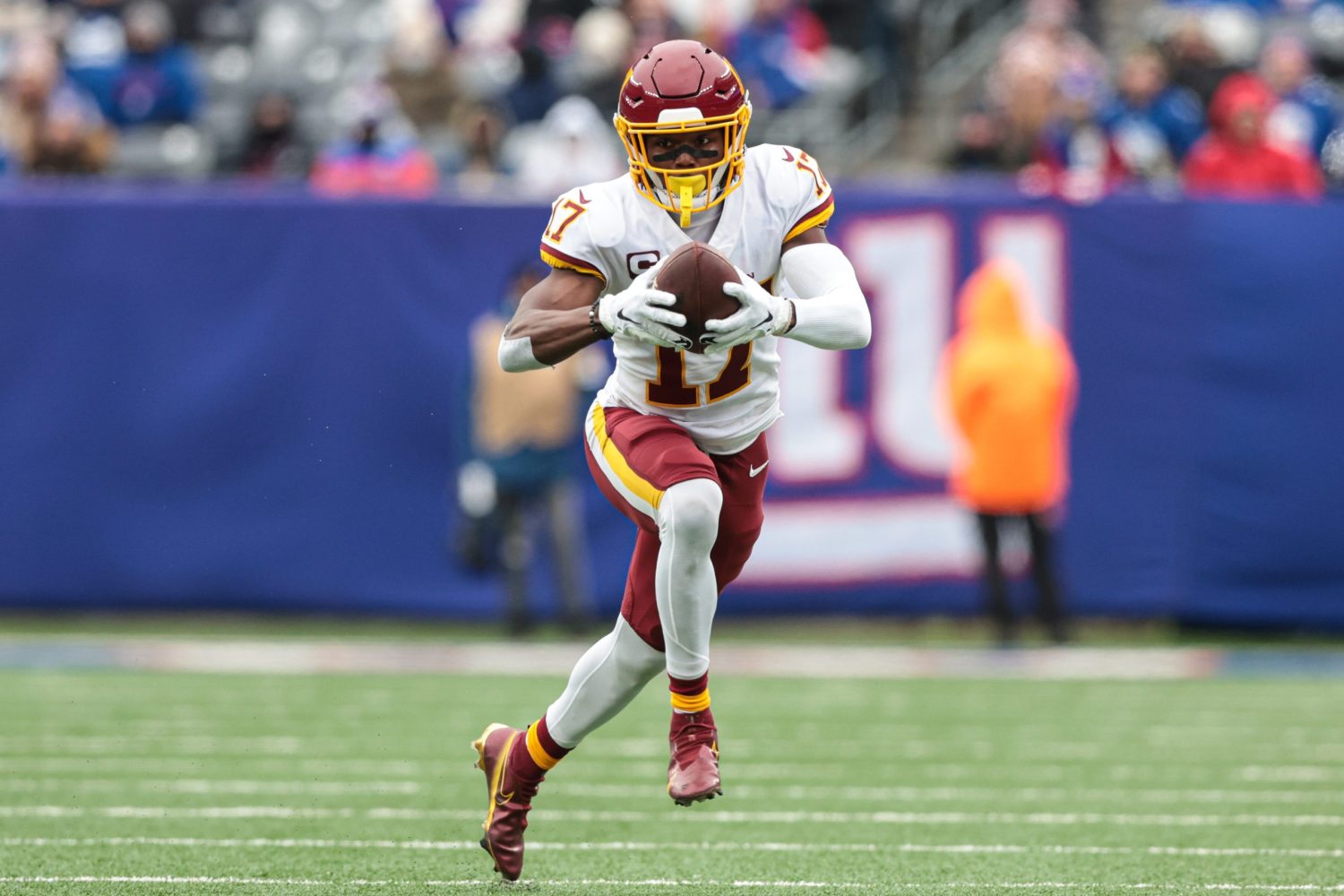 With the 2022 NFL regular season fast approaching, teams all over the league are starting to get back on the field in the form of organized team activities.

One player who has not yet taken the field with his teammates during OTAs, however, is Washington Commanders wide receiver Terry McLaurin. McLaurin is looking for a new deal from the Commanders, but according to a report from the Washington Post, the two sides remain far apart.

“But according to people with direct knowledge of the discussions, the sides remain far apart,” Nicki Jhabvala reported.

Washington had a lackluster season last year, finishing the campaign with seven wins and 10 losses. However, the team did improve as the season went on, going 5-4 in its final nine games of the year.

Beyond that, McLaurin had another impressive season with the club. Ever since recording 58 receptions, 919 receiving yards and seven receiving scores as a rookie, it’s been clear that McLaurin is one of the best young receivers in the league. He further cemented that reputation last season by recording 77 receptions for 1,053 yards and five touchdowns.

Now, it seems the Commanders are in a game of chicken with their star receiver. If the Commanders want to have any chance of building upon the success they enjoyed later in the season last year, McLaurin will need to play a sizable role.

For the time being, his involvement in the upcoming season seems somewhat murky. However, there have been many players that have sat out offseason activities and gone on to play in the season with or without a new contract.

Surely, this will be something for Commanders fans to keep an eye on.