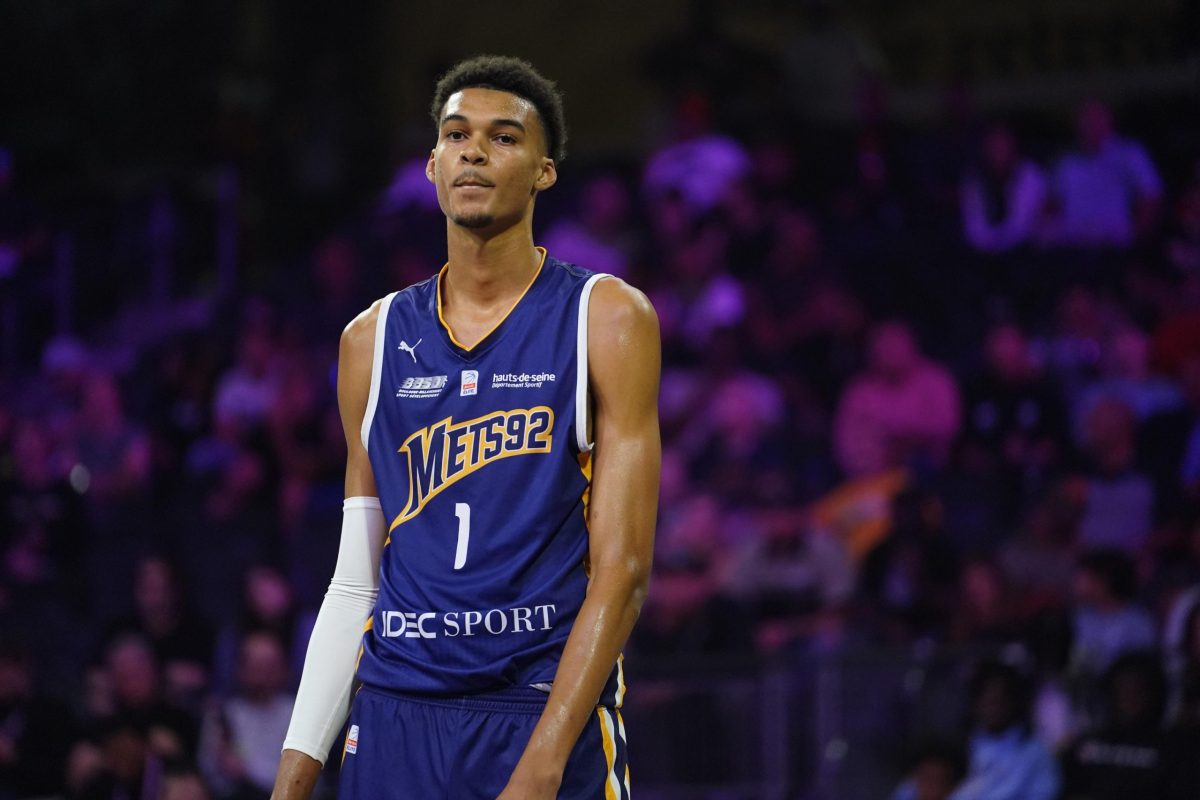 Victor Wembanyama is expressing confusion over reports that teams are tanking games in an effort to improve their chances of acquiring him in the 2023 NBA Draft.

During an interview with Le Parisien, Wembanyama offered his thoughts on a number of topics, including the thought process of teams that might be considering the tanking approach.

“Tanking? It’s a weird strategy,” Wembanyama said. “I find it unreasonable, and I try not to think about it. I also heard that the NBA considered changing a few rules for me, but that doesn’t concern me.”

Barring a catastrophe, Wembanyama, a native of France, will be the top overall pick of the 2023 NBA Draft. That virtual certainty is because of the combination of size and skill possessed by a player who only turns 19 next week.

Wembanyama already stands over 7-feet tall, yet possesses the ability to play any position on the court. That helps explain why one agent predicted that, barring injury, Wembanyama will end his basketball career as the greatest player ever.

One indication of the NBA’s excitement about adding a player of Wembanyama’s ability is the fact the league paid for the streaming rights to his games this season. That amount, a surprisingly low $138,000, allows viewers to watch the prospect play with his current team, Boulogne-Levallois Metropolitans 92.

Undoubtedly, the most avid viewers of those broadcasts figure to be executives of the NBA’s worst teams this season. That’s because one team will eventually be awarded the top pick in June’s 2023 NBA Draft.

Entering Thursday’s games, four teams are in the best position to get that top pick, though that list may get more competitive as the season progresses. That quartet is currently headed by the Detroit Pistons and Charlotte Hornets, who have each won just nine games thus far.

Not far behind that pair are the Houston Rockets with just 10 wins and the San Antonio Spurs with just 11 victories. It was the Rockets nearly 40 years ago whose actions at the time sparked the start of the NBA draft lottery in 1985.

In that instance, the questionable lineup decisions of then-Rockets head coach Bill Fitch allowed the team to finish with the worst record in the Eastern Conference. After then winning a coin flip for the top pick, the Rockets chose future Hall of Famer Hakeem Olajuwon.

The fact that talk has already arisen about possible tanking by teams should make the final weeks of the current regular season interesting. If any teams appear to be blatantly trying to tank games, the NBA is likely to deliver some severe discipline in response.

However, given the prospect of acquiring a once-in-a-generation player like Wembanyama, it’s possible that teams might be willing to pay that price.

In this article:featured, Victor Wembanyama