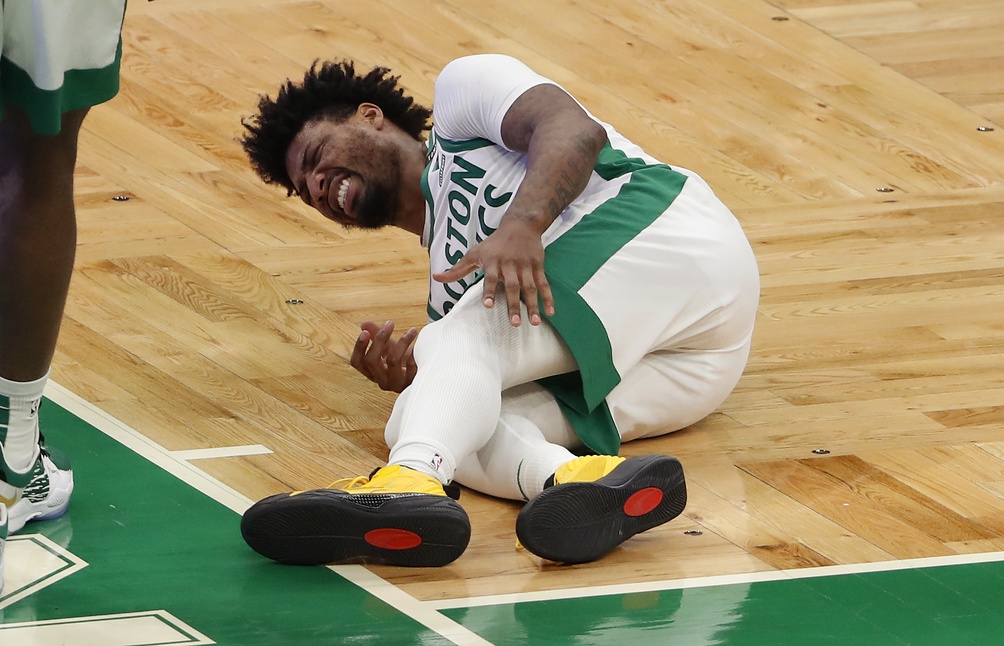 Boston Celtics guard Marcus Smart could be out as long as three weeks after suffering a scary calf injury during Saturday night’s game against the Los Angeles Lakers.

Prior to that news, Smart offered a positive update that indicated that he’ll be returning soon from his injury.

💛 be back in no time💛
The ☘️ squad got this!
Thanks for all the 🙏🏾 pic.twitter.com/FLNsyqD3W1

Smart’s injury during the fourth quarter of Saturday night’s game looked worse than it actually turned out to be, with some concern focusing on a possible Achilles injury.

The play in question began with Smart going up for a rebound and then grabbing at the back of his calf after coming down.

Smart’s absence will hurt the Celtics. The veteran is averaging 13.1 points, 6.1 assists and 2.8 rebounds per game this season.

However, given the concerns that the injury was potentially season-ending prior to examination, the Celtics and Smart are likely breathing big sighs of relief.