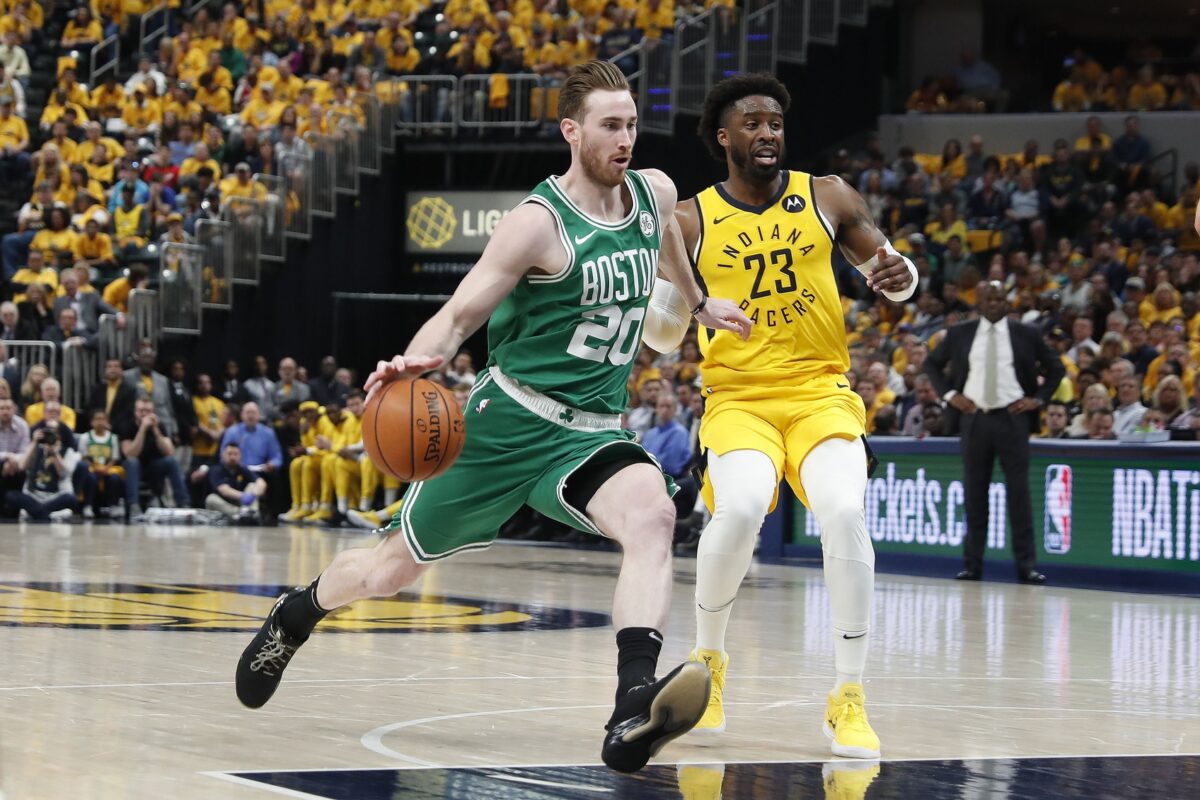 SNY’s Ian Begley reported that the Indiana Pacers are one of the teams looking at Hayward.

“Something to keep an eye on once we find out when NBA teams can start making trades: some within the [Indiana] Pacers organization continue to have interest in trading for Celtics’ Gordon Hayward, per SNY sources,” Begley wrote.

While he technically has a player option for next season, the 30-year-old Hayward is entering the final year of his four-year $127 million deal with the Celtics.

That could make Hayward expendable for the Celtics this offseason. Unloading an expiring contract should be a lot easier than trading a player with multiple years left on his deal.

Hayward has been somewhat of a disappointment in Boston.

He suffered a horrible injury to his leg in his first season and missed a lot of time in this year’s postseason with an ankle injury.

Through his three seasons in Boston, Hayward has averaged 13.9 points, 5.4 rebounds and 3.6 assists per game.

A change of scenery may be needed for him to get back to his All-Star form from his days with the Utah Jazz.