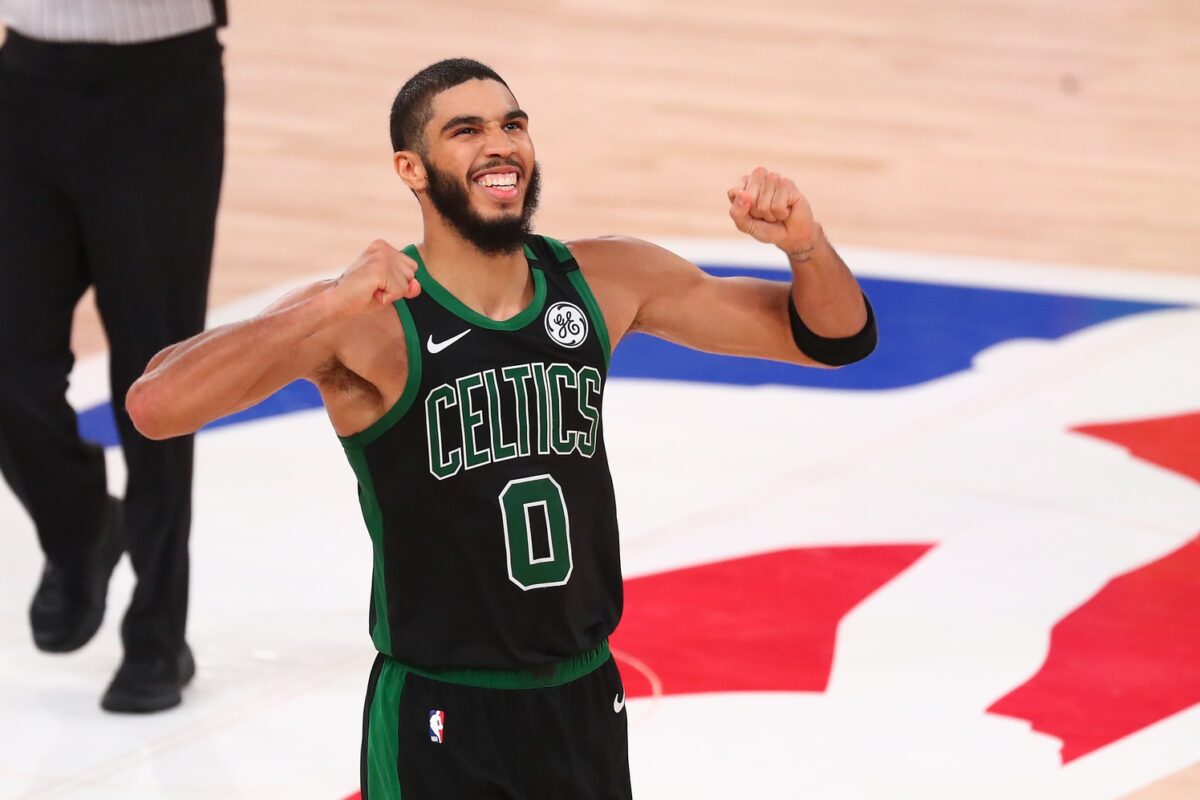 For much of Game 1 of the Eastern Conference Finals against the Miami Heat, it looked like the Boston Celtics would draw first blood and go up 1-0 in the series.

But the Heat came from behind to make it a tight contest down the stretch, and Jayson Tatum failed to bring home the win for Boston, both at the end of regulation and at the end of overtime.

Nonetheless, he felt that both potential game-winners were good shots.

Jayson Tatum on his shots at the end of regulation and OT: "I liked both shots that I got. I just missed one and he (Bam Adebayo) made a great play at the rim on the second one."

The Celtics quickly got out to a double-digit lead in the first quarter, only to see Miami knot the game at 55 at halftime.

Boston re-established a 12-point lead going into the fourth quarter, but it evaporated as Miami heated up offensively.

With the score tied at 106 with 22.0 seconds left in the fourth period, Tatum milked the clock, then missed a long 3-pointer.

Trailing 116-114 with 12.0 seconds remaining in overtime, Tatum got what looked like a great look, as he penetrated all the way to the rim.

But as he rose up to attempt a dunk, Bam Adebayo denied him, and the Celtics suffered a gut-wrenching loss.