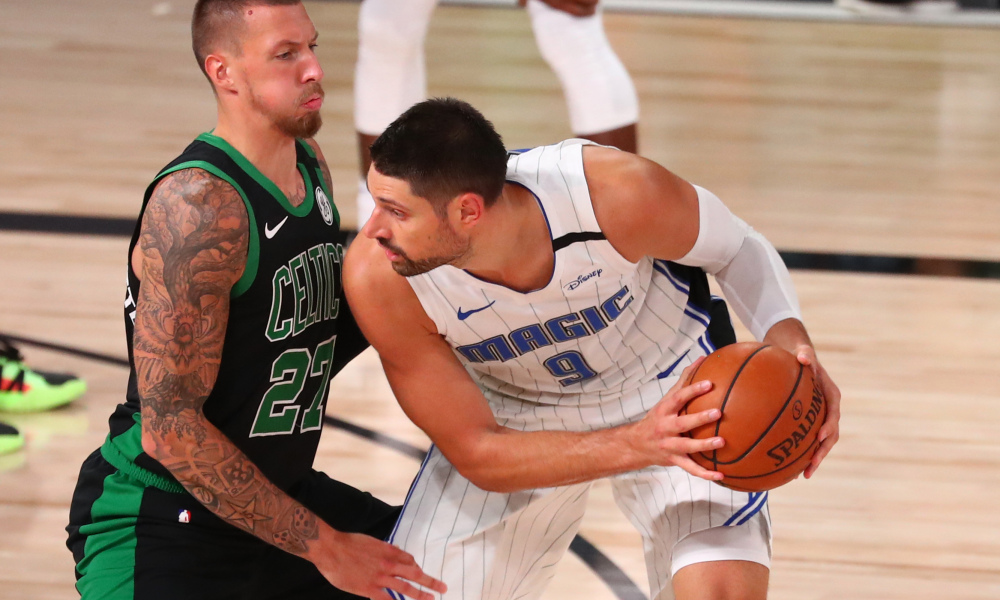 A new report indicates that the Boston Celtics and Charlotte Hornets are two of the teams looking at the possibility of trading for Orlando Magic center Nikola Vucevic.

Shams Charania of The Athletic noted that any such deal for Vucevic would involve giving up plenty of assets to acquire a player who has averaged a double-double for most of his career.

“The Celtics and Hornets are among teams interested in Magic two-time All-Star Nikola Vucevic, sources said,” wrote Charania. “Rival teams expect that any haul for Vucevic would have to be massive. The 7-foot big man is having his best NBA season, averaging 24.5 points, 11.7 rebounds and 3.7 assists while shooting 41.8 percent from 3-point range. Vucevic has spent nine of his 10 NBA seasons in Orlando.”

Both the Celtics and Hornets are in the pileup of Eastern Conference teams that are currently competing for a playoff berth.

The highly competitive Eastern Conference has six teams below the Celtics that are within 1.5 games of them, which explains why multiple teams are pursuing the 30-year-old Vucevic.

One of the reasons that the Magic might consider moving a valuable commodity like Vucevic is that even with him, the team has the second-worst record in the Eastern Conference at 13-23.

The upcoming All-Star break may mean that any trade talk involving Vucevic could  pick up, with the March 25 trade deadline looming for all teams.