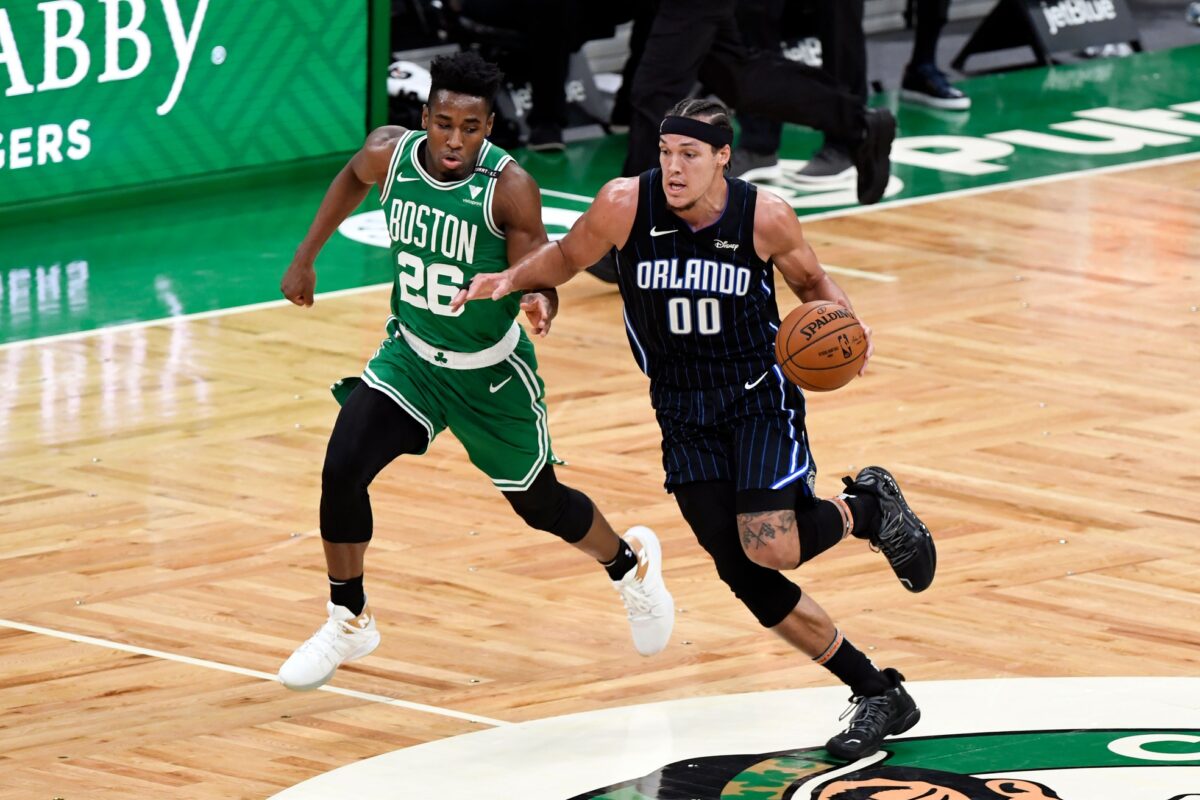 A new report indicates that the Boston Celtics have not given up in their desire to trade for Orlando Magic forward Aaron Gordon before Thursday afternoon’s trading deadline.

Per source: Celtics talks with Orlando re: Aaron Gordon "still alive, but everyone does everything at last minute." Celtics offering first round pick and a young player – not Marcus Smart – and are trying not to include second pick in the deal.

Moreover, Adrian Wojnarowski recently indicated that the Celtics are “very serious” about trying to add the big man.

The Celtics are one of a number of teams that have been linked to a possible deal for Gordon, who has asked the Magic to trade him.

Gordon’s request also includes his wish to be dealt to a contending team that will help raise his marketing profile.

Both of those categories fit the Celtics, though the team has struggled for much of the season and holds a 21-22 record entering Wednesday night’s game against the Milwaukee Bucks.

In recent years, the Celtics have challenged for an Eastern Conference title on multiple occasions, but have come up short. Adding a player such as Gordon could help provide a late-season boost that could extend into the postseason.

However, with the Magic hovering near the bottom of the Eastern Conference, collecting assets in return for the big man is likely seen as a better way to help the team’s rebuilding process.