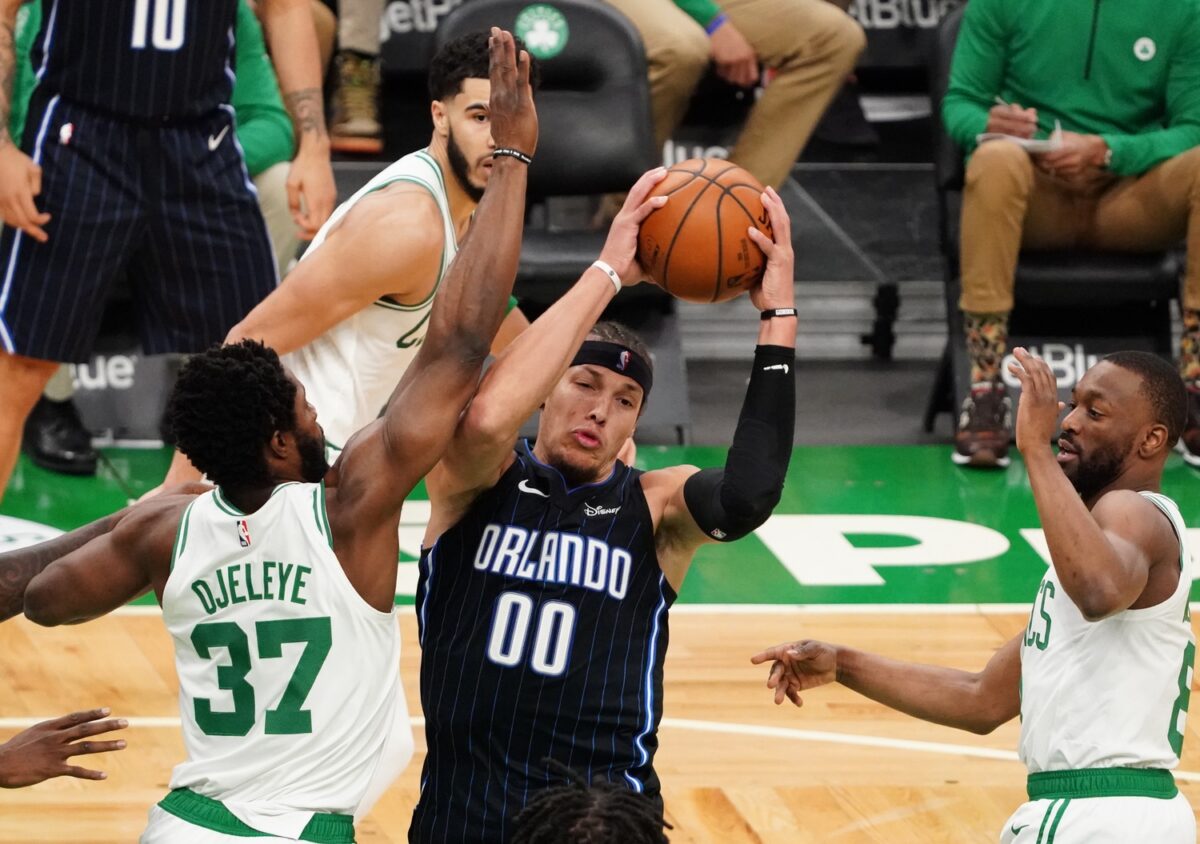 With the Orlando Magic’s Aaron Gordon reportedly asking for a trade, the 25-year-old forward has indicated that he’d like to be dealt to a winning team in a city that can help raise his national profile.

Jared Weiss and Sam Amick of The Athletic looked at the potential for the Boston Celtics to acquire Gordon, who asked the Magic to trade him last month and is now reportedly being more specific when it comes to his destination.

“The 25-year-old wants to be in a winning situation that will help him fulfill his basketball potential and maximize his profile by being in a large market with plenty of branding opportunities,” Weiss and Amick wrote. “He demonstrated promising basketball and marketing value with his early career success, particularly in the legendary slam dunk contest battle with Zach LaVine in 2016. But as Orlando has been stuck on the treadmill of mediocrity in recent years, his Q rating and standing in the league has clearly plateaued.”

Gordon has played all seven of his NBA seasons with the Magic, but given the team’s outlook, he’s seeking a change of scenery that makes him more marketable.

This season, Gordon is averaging 14.7 points, 6.8 rebounds and 4.2 assists per game, but the 14-28 Magic are currently near the bottom of the Eastern Conference.

The Celtics would qualify as a place for Gordon to enhance his brand, but other places such as New York, Chicago and other prominent cities could surely also make the list.

Gordon is signed through next season, but is clearly not going to re-sign with the Magic. The reality is that he’ll either be wearing a new uniform by the end of the week or sometime in the not-so-distant future.