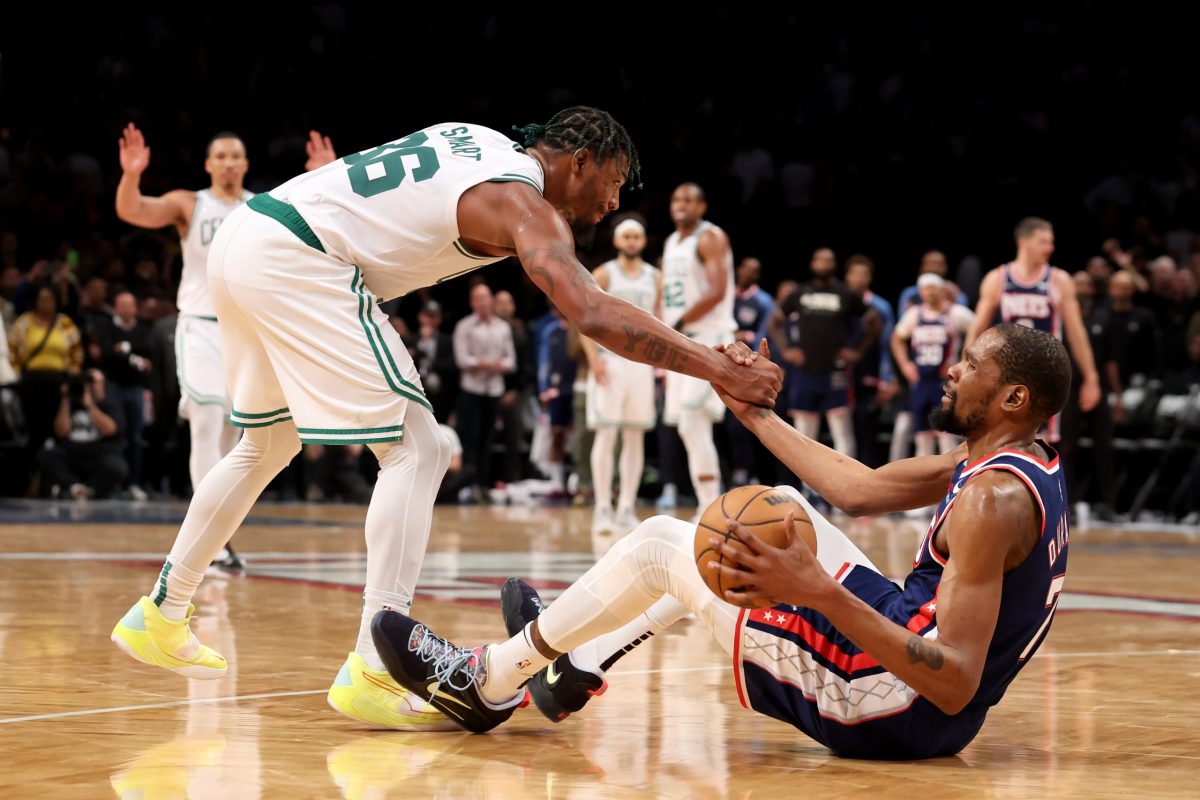 Recently, the team that seems to be the frontrunner in the Kevin Durant sweepstakes is the Boston Celtics.

Numerous rumors linking the Celtics to Durant have cropped up in recent weeks, and there appears to be mutual interest.

In fact, a recent report indicated that Durant sees Boston as a “desired landing spot” and would like to play alongside Celtics bulldog guard Marcus Smart.

Interestingly, an earlier report discussing a potential trade between the Nets and Celtics indicated that the Nets would want Smart included in a larger package to move Durant.

The Celtics would probably do everything possible to keep Smart on the roster if it meant making Durant more excited to join the squad.

That could prove to be a sticking point in potential conversations between the two teams. Already, it has become abundantly clear that the Nets are going to try to get as lucrative a return as possible in any deal for Durant.

In fact, their asking price is likely the main reason why Durant has not been moved yet.

With the offseason wearing on, it will be fascinating to see if the Nets reduce their asking price. They may also be hoping that if they hold out long enough, Durant will simply retract his trade request.

At the moment, however, Durant backing down on his desire to play elsewhere seems quite unlikely.