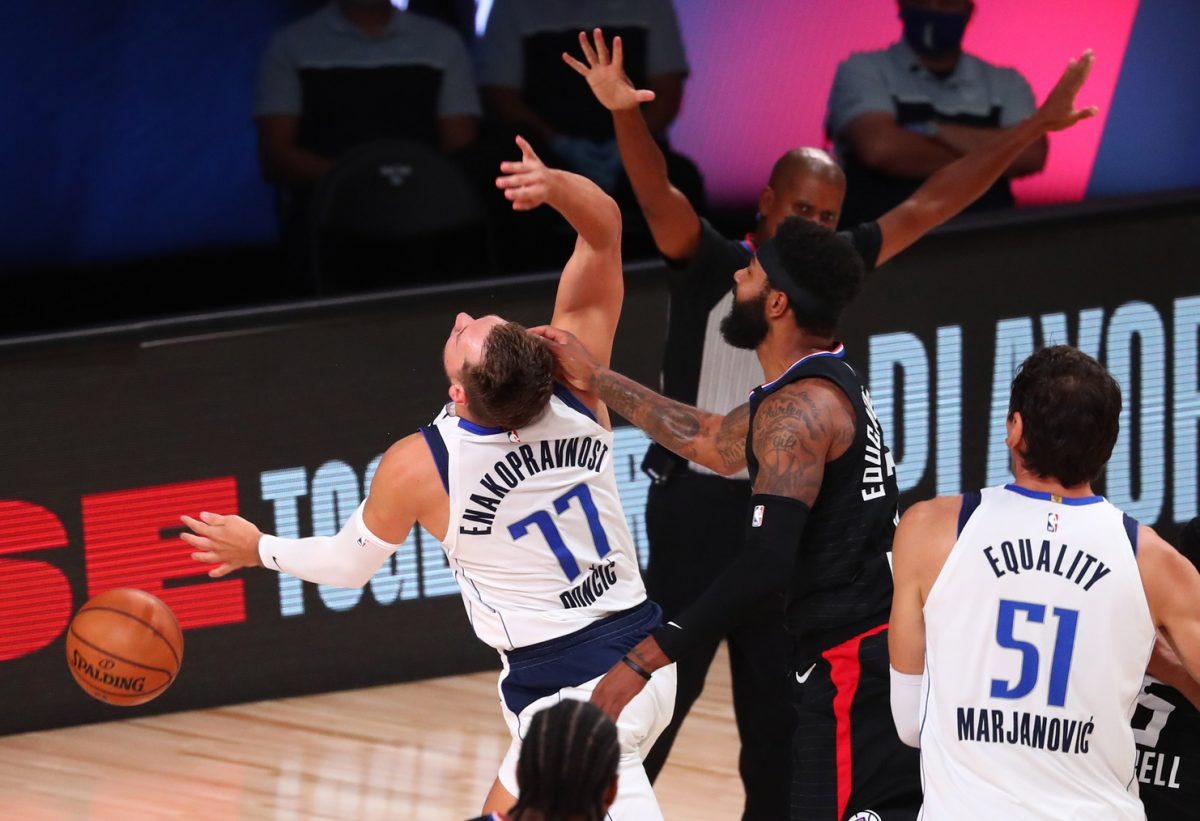 On Sunday, the Los Angeles Clippers eliminated the Dallas Mavericks from the 2020 NBA Playoffs, but it didn’t end the extracurriculars surrounding the series by any means.

After Marcus Morris tossed Luka Doncic to the ground in the first quarter, the young Mavs sensation responded on social media.

Marcus Morris responded to Luka on our IG. pic.twitter.com/DZbA8anSB4

This is not the first time Morris has done something with apparent malicious intent to Doncic in the series.

After the Slovenian native sprained his left ankle in Game 3, Morris stepped on it in Game 5, and it appeared to be on purpose.

Doncic has certainly been through the ringer lately. In addition to dealing with his ankle injury and Morris’ antics, he also went back and forth with Montrezl Harrell, as well as Patrick Beverley.

Despite it all, Doncic was nothing short of awesome in this series. Although he wasn’t 100 percent, he poured in 43 points, 17 rebounds, 13 assists and two steals, as well as the game-winning shot in a Game 4 classic.

Even as his team went down in Game 6, he went down kicking and screaming with 38 points, nine rebounds and nine assists.

In the process, Doncic has made it clear: He’s a bad you-know-what who players will have to be dealt with for many years to come.