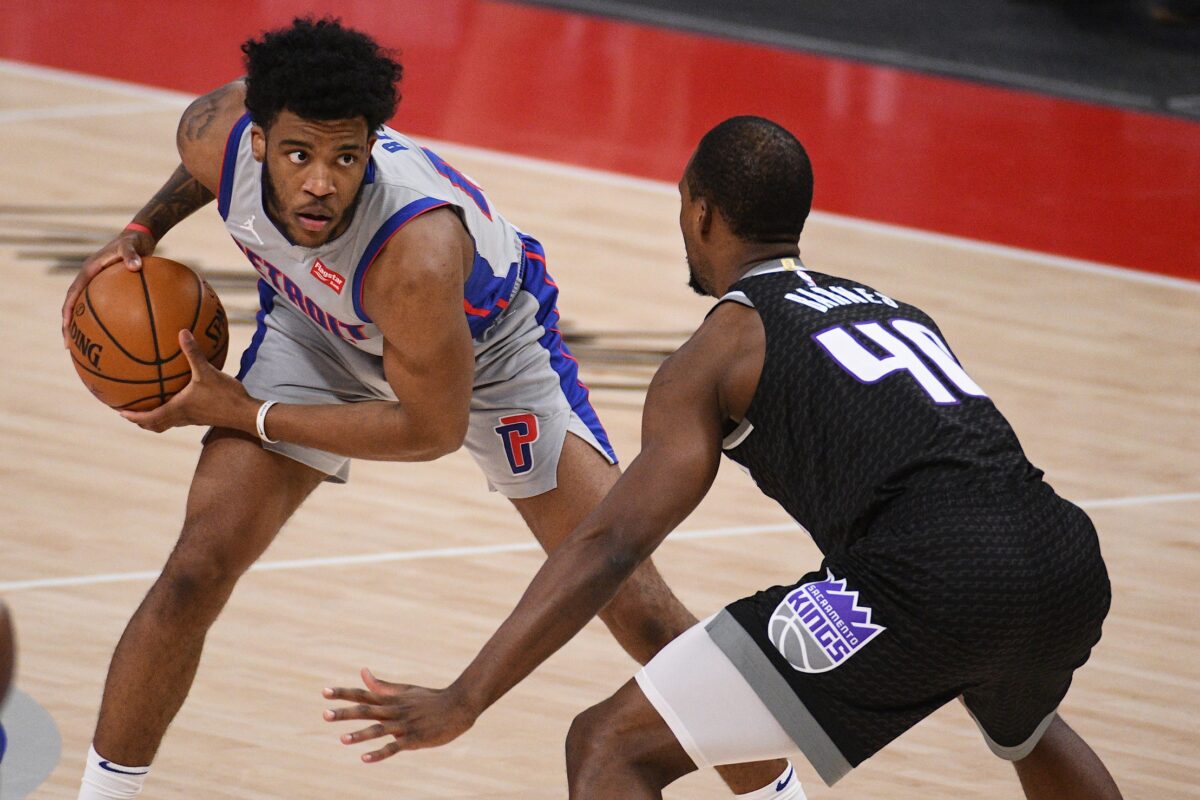 According to The Athletic’s James L. Edwards III, the Pistons have received interest in the two youngsters, but they are not looking to trade them at this time.

The NBA’s trade deadline is set for March 25.

“Lastly, Bey and Stewart, the two rookies for Detroit who have shown real signs of promise, have also received interest from other teams,” Edwards III wrote. “Much like [Jerami] Grant, though, the sense around the league is that the Pistons are very high on all of their rookies and will not trade them, as they are anticipating all four to be pivotal pieces for the franchise moving forward.”

Bey has seen more playing time, but both rookies have shown potential early in their careers.

Bey, who won an Eastern Conference Player of the Week award in February, is averaging 9.8 points, 3.9 rebounds and 1.1 assists in 22.5 minutes per game. He is also shooting 40.0 percent from beyond the arc this season.

The Pistons are in a clear rebuild, as they are just 10-25 this season.

However, Bey and Stewart could be pieces that they can build around in the future.

It would be surprising to see the team move either of the rookies before the end of their first season.