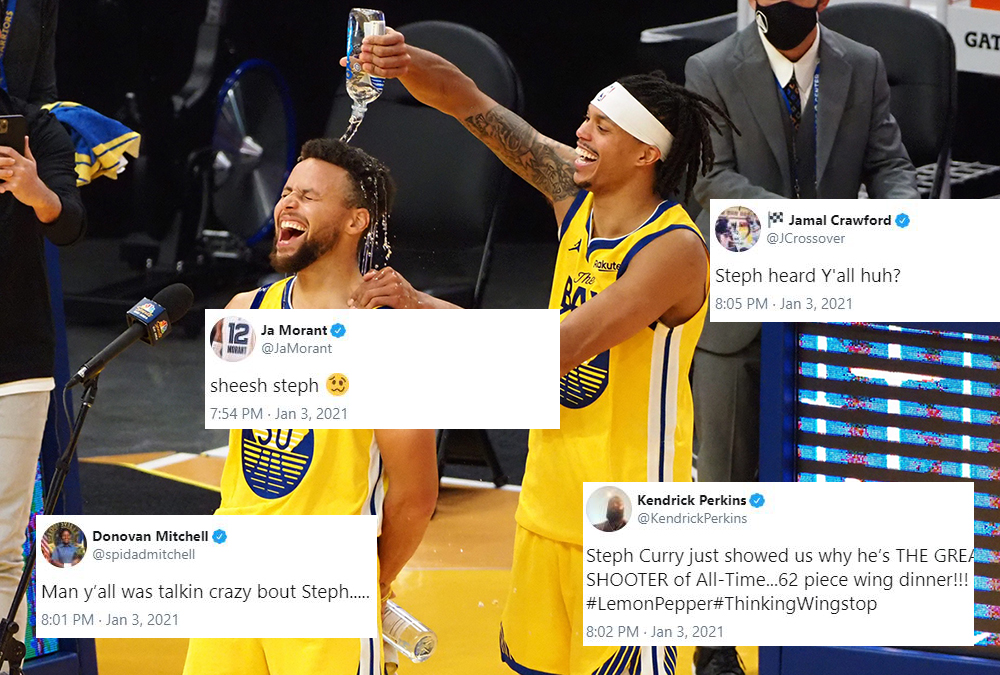 Many people were slandering Golden State Warriors superstar Stephen Curry for his slow start to the season coming into the Warriors’ duel against the Portland Trail Blazers on Sunday night.

The veteran responded with a career-high 62 points on the Trail Blazers, which had the NBA world in absolute awe after the masterful performance.

That light skin brother with the green eyes over there in Golden State is going to work right now on the Portland Trail Blazers!!! My God…

@StephenCurry30 thanks for the memory … 🔥

Steve Kerr on Steph Curry: "It was just a brilliant performance. We've seen Steph do so many things here over the years. It's just a privilege to coach him. We are incredibly blessed as an organization to have Steph leading the way."

The Warriors got blown out by the Trail Blazers, 123-98, on their home floor on Friday. The loss compelled numerous haters to ridicule Curry and the Warriors for their subpar start to the 2020-21 campaign.

Yet, Curry had current and former NBA stars in admiration for the way he responded to the slander on Sunday night.

In conclusion, the 32-year-old gathered 62 points, five rebounds and four assists in 36 minutes of action in the Warriors’ 137-122 win over the Trail Blazers.

The Warriors are 3-3 on the season.