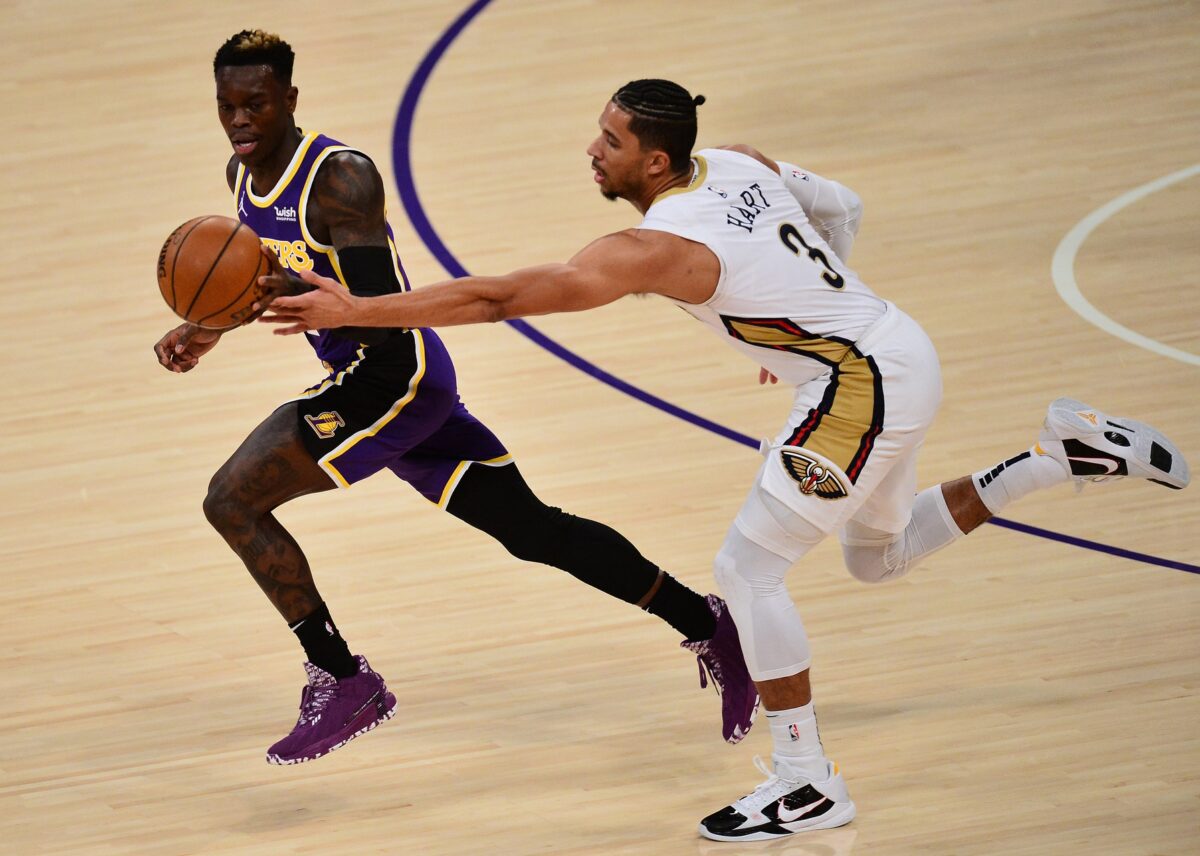 The Minnesota Timberwolves are in the midst of an extremely important offseason, as they are looking to make it back to the NBA playoffs for the first time since the 2017-18 season.

“I can tell you the Wolves have kicked the tires on Paul Millsap, on Josh Hart, on Dennis Schroeder, on Lauri Markkanen,” Darren Wolfson said on his podcast.

Hart is currently a restricted free agent, meaning the New Orleans Pelicans would be able to match any offer he receives from other teams. He averaged 9.2 points, 8.0 rebounds and 2.3 assists per game last season.

As for Schroder, he is an unrestricted free agent. Last season, for the Los Angeles Lakers, he averaged 15.4 points, 3.5 rebounds and 5.8 assists per game. He reportedly has an offer on the table from the Boston Celtics.

While neither of these moves would make the Timberwolves instant title contenders, both players could certainly help the team make it back to the playoffs.

Last season, Minnesota went 23-49, which was the third-worst record in the Western Conference.