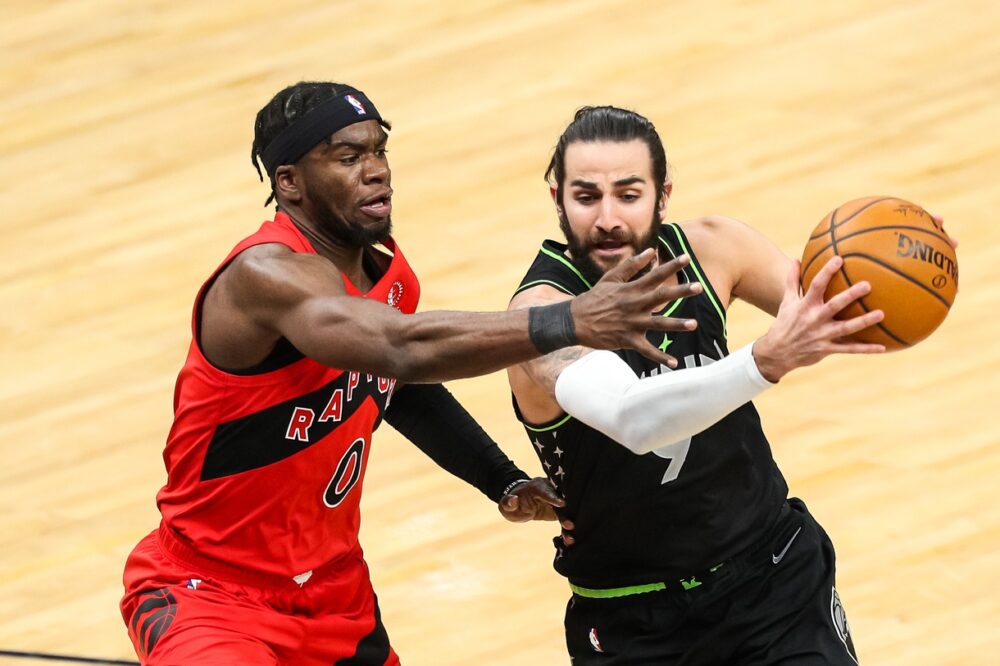 A new report indicates that the Minnesota Timberwolves are receiving calls from teams around the NBA regarding veteran guard Ricky Rubio.

Michael Scotto of HoopsHype.com noted that the Timberwolves’ current lineup has a number of veterans on the block.

“As the Timberwolves have begun to play more of their young players, Minnesota has received calls from teams on several of their veterans, including Ed Davis, Ricky Rubio, Juancho Hernangomez and Jake Layman, HoopsHype has learned,” wrote Scotto.

With the worst record in the NBA at 8-30, the Timberwolves are clearly looking ahead beyond this season and hoping to acquire future assets with the veterans that they’re making available.

The 30-year-old Rubio returned to the Timberwolves this season after spending the past three seasons away from the team that drafted him with the fifth overall pick in the 2009 NBA Draft.

In 36 games this season, Rubio is averaging 8.0 points, 6.5 assists, 3.1 rebounds and 1.3 steals per game, numbers that are slightly down from last season.

Though Rubio is making $17.0 million this season and is set to make $17.8 million next season, his contract situation is apparently not causing teams to shy away from trying to acquire him.