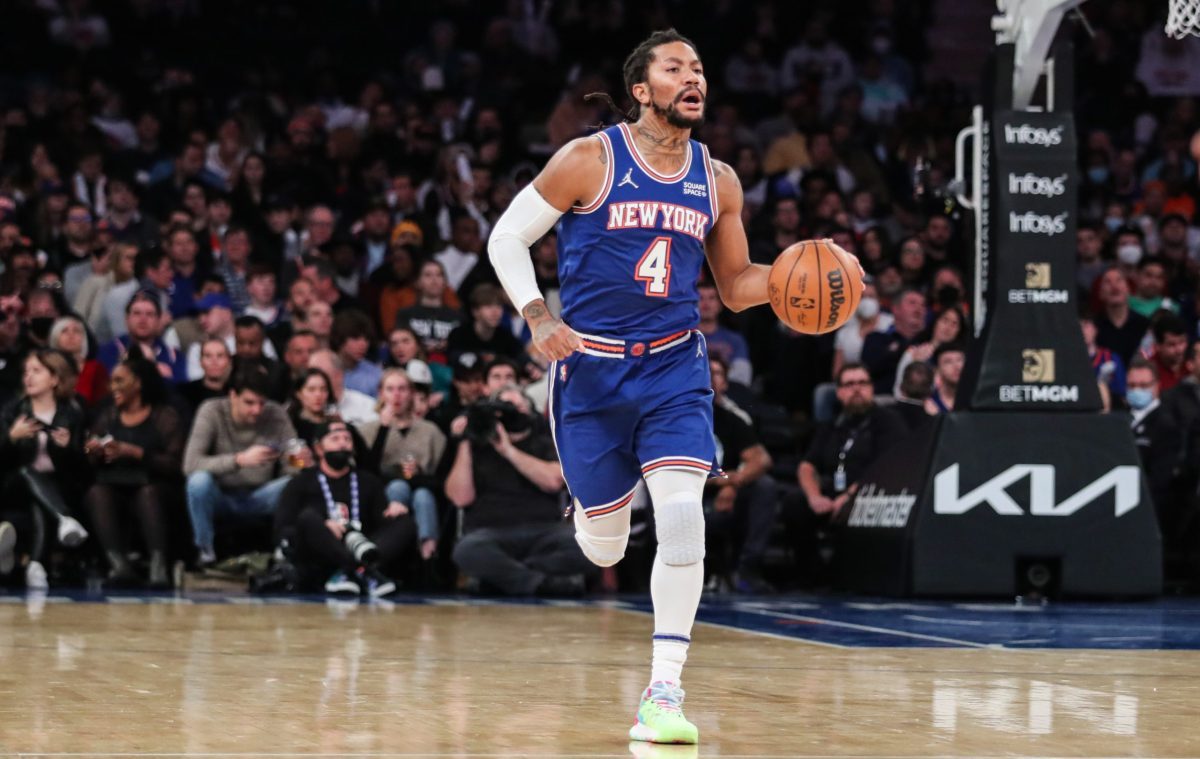 New York Knicks guard Derrick Rose is still a member of the team, though one NBA executive has deemed him as the franchise’s most tradable player.

Heavy.com looked at trade rumors involving the Chicago Bulls, with the unnamed executive citing Rose as a player that many other teams would have an interest in acquiring.

Rose has had a checkered NBA career that began with him as the top overall selection of the 2008 NBA Draft. That was followed by an MVP season in the 2010-11 campaign, but he soon became bogged down with different injuries.

Despite those setbacks, Rose appears to still be an intriguing commodity at the age of 33. He was acquired by the Knicks in February 2021, though he hasn’t seen much time on the court.

Those relatively modest numbers, and the fact that the Knicks are looking to shake off last year’s disappointing campaign, may help explain why Rose may be dealt.

However, Rose and Knicks head coach Tom Thibodeau have a long history together dating back to their days in Chicago. That could mean that the Knicks may be less inclined to make such a deal.

If Rose does end up with the Bulls, it would bring his career full circle. He started his career with them and captured that MVP accolade while wearing their uniform.

For now, Rose is simply preparing for another NBA campaign, with training camps set to open next month. Whether he’ll still be playing for the Knicks remains to be seen.