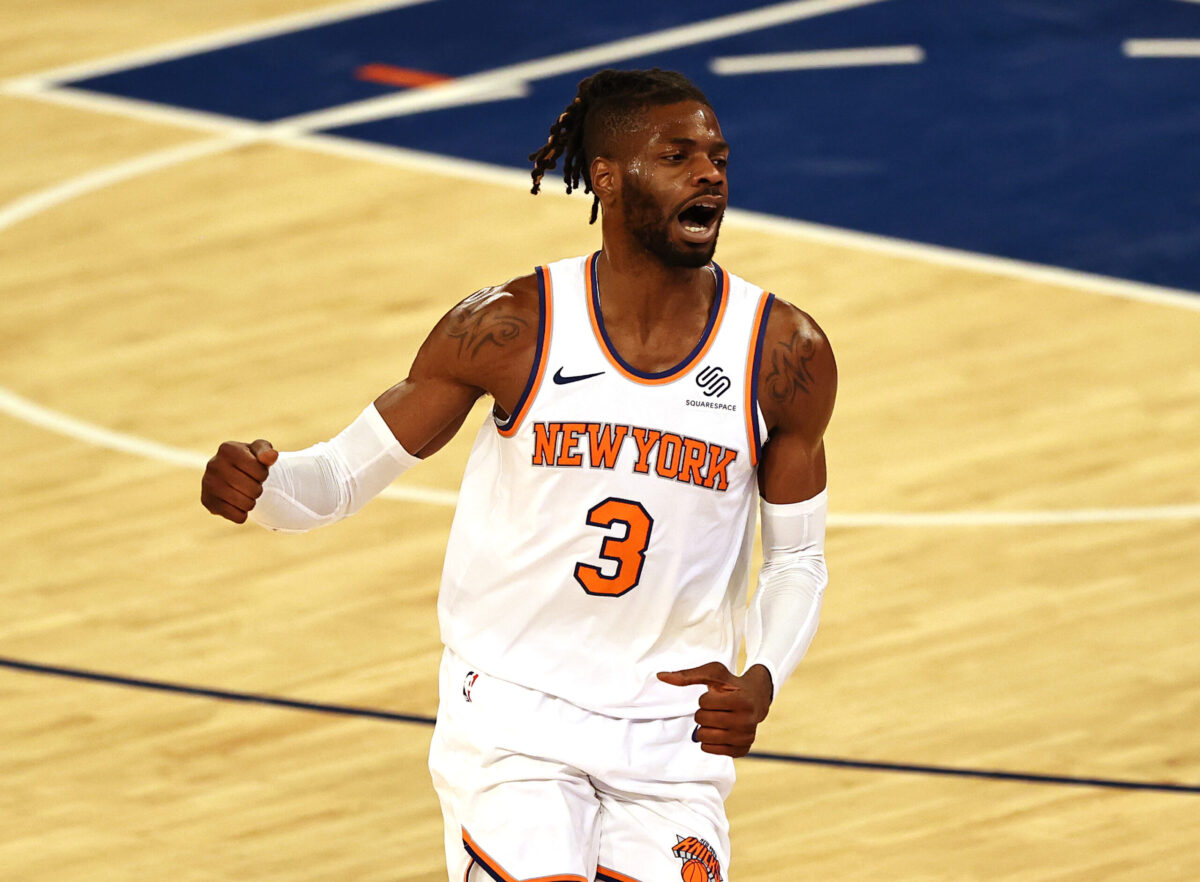 According to a report, agents around the NBA cheered on Nerlens Noel’s lawsuit against Rich Paul this week.

Based on this report, it sounds like Paul, who represents NBA stars like LeBron James and Anthony Davis, isn’t a popular man in some NBA circles. Noel seemingly has a large group of supporters in his corner.

Noel’s lawsuit against Paul alleges that the agent cost him millions of dollars worth of earnings. Noel is claiming that Paul ignored and mismanaged him.

Noel fired Paul as his agent in December of 2020.

The 27-year-old Noel is currently a member of the New York Knicks. In the 2020-21 season, he posted averages of 5.1 points and 6.4 rebounds per game while knocking down 61.4 percent of his shots from the field.

At his age, he presumably still has a lot of gas left in the tank. It’s not too late for the former first-round pick to potentially secure a big contract before his career ends. If not for Paul, that apparently could have already happened by now.