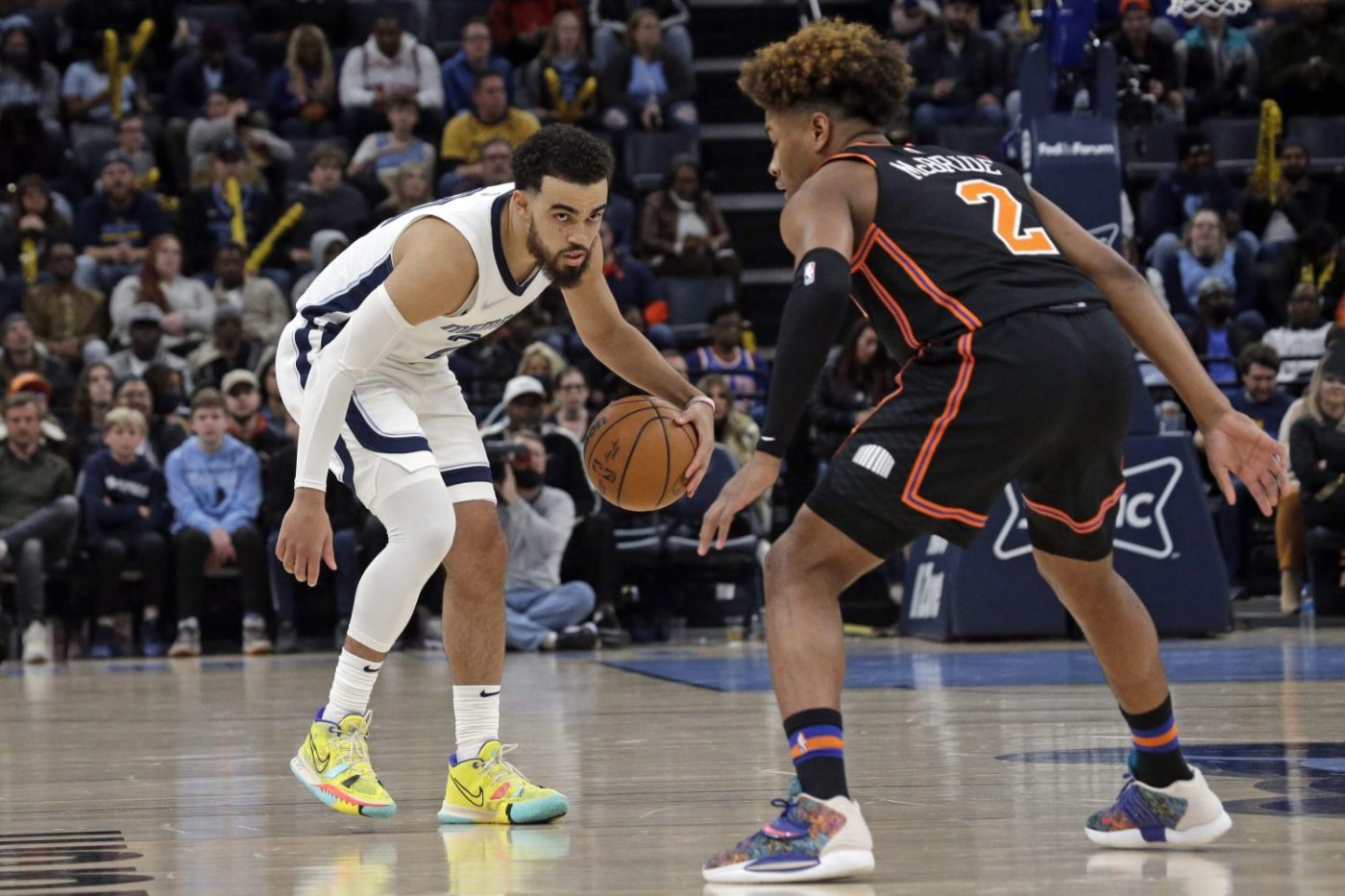 While the New York Knicks will be looking at multiple options during the offseason, one key player they’re apparently focusing on is Memphis Grizzlies guard Tyus Jones.

“Memphis backup point guard Tyus Jones, who played three seasons for Tom Thibodeau in Minnesota, is weaving a career year and is on the Knicks’ radar, according to an NBA source,” wrote Marc Berman of the New York Post.

Jones, who turns 26 on Tuesday, is currently in his seventh NBA season and has spent the bulk of his career in the league coming off the bench. During the 2021-22 regular season, he averaged 8.7 points, 4.4 assists and 2.4 rebounds per game.

The main reason why Jones is coming off the bench for the Grizzlies is that he’s playing behind standout guard Ja Morant. The combined production of Morant and Jones helps explain why the Grizzlies have enjoyed much success this season.

Jones was originally selected by the Cleveland Cavaliers in the 2015 NBA Draft and later dealt to the Minnesota Timberwolves in a draft-night deal. He played with the Timberwolves for four seasons before leaving to sign with the Grizzlies in 2019.

During the 2021-22 regular season, Jones established a new league record for the best assist-to-turnover ratio (7.4 to 1). That effort marked the fourth consecutive campaign that he’s managed to lead the league in that underrated category.

While the Knicks don’t have cap space, they do have one ace in the hole, which is the full non-taxpayer $10.2 million mid-level exception.

The Knicks are also reportedly looking at the Dallas Mavericks’ Jalen Brunson, though Jones could end up being the more likely fit for next season.