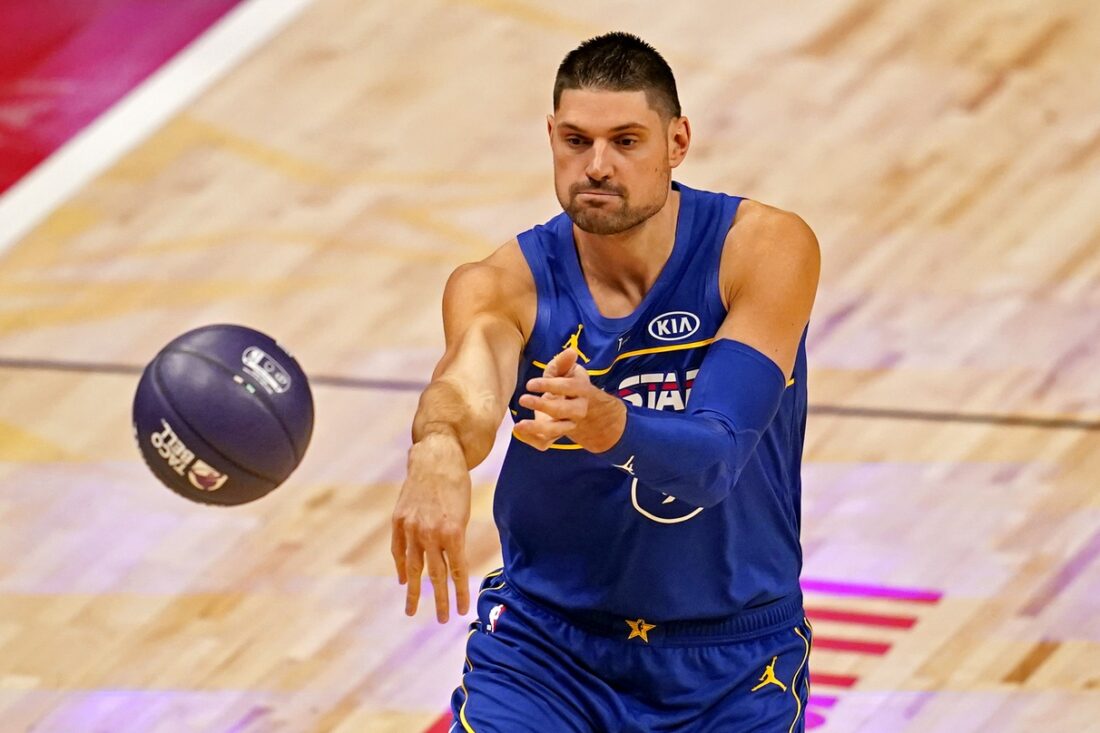 The Orlando Magic reportedly will only consider trading All-Star center Nikola Vucevic if they get a package similar to the one that the New Orleans Pelicans got for Jrue Holiday this past offseason.

“Sources say a Jrue Holiday-level trade package could convince them to part ways with Vucevic, but he is considered unavailable by rival executives and appears very likely to stay that way,” The Athletic’s Sam Amick and Jared Weiss wrote.

This season, Vucevic is averaging 24.6 points, 11.8 rebounds and 3.8 assists per game, but the Magic have been decimated by injuries to Aaron Gordon, Markelle Fultz, Evan Fournier and others throughout the season.

Orlando is just 14-28 this season and currently is the No. 14 seed in the Eastern Conference.

While Vucevic certainly could be a big part of the team’s future, Orlando could also decide to rebuild. Trading Vucevic would give it a jump start in that endeavor.