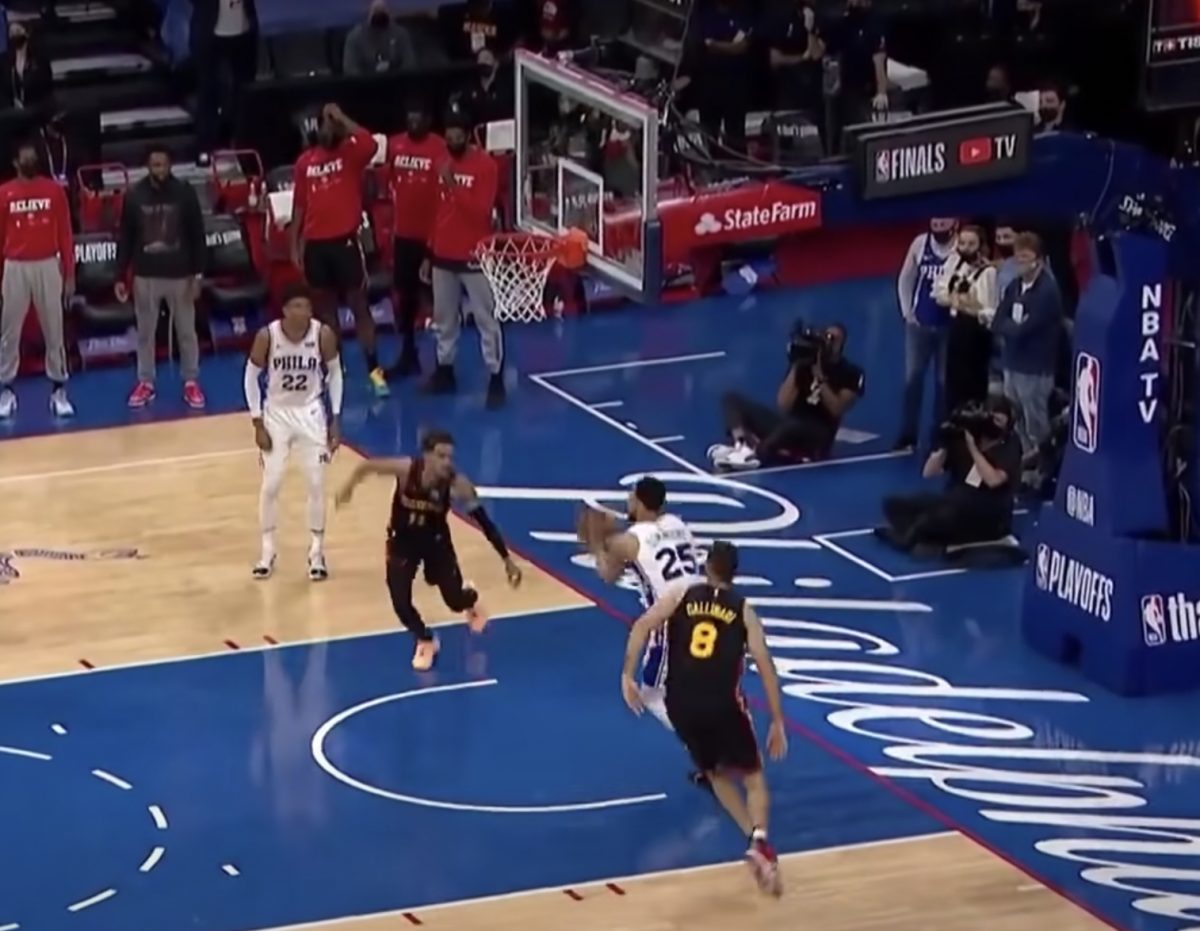 Ben Simmons has made plenty of highlight-reel plays during his time in the NBA. However, one of the plays that people around the league have used to define him is the one where he passed up a shot inside the paint over Trae Young during his time with the Philadelphia 76ers.

The current Brooklyn Nets player addressed the issue recently, acknowledging that he “made a bad play.” But, he emphasized that the play was not the reason his team then lost the game and playoff series versus the Atlanta Hawks.

“If I could go back I would go up strong, go to the line,” Simmons told the Sydney Morning Herald. “But there was so much emphasis on that moment. I made a bad play, but loads of guys made bad plays. I’m not the reason we didn’t win.”

The play in question occurred during a crucial point in Game 7 of the Sixers’ Eastern Conference semifinals matchup against the Hawks in 2021. After posting up and moving past Danilo Gallinari with a spin move, Simmons found himself under the basket with only the 6-foot-1 Young standing in the way of a possible layup or dunk.

However, Simmons opted to pass the ball to teammate Matisse Thybulle, who was fouled while going up for a shot against two defenders.

Philadelphia eventually lost Game 7 by a score of 103-96 despite being the heavy favorites to advance to the conference finals. The playoff elimination also led to offseason drama that saw Simmons distance himself from the team and Sixers star Joel Embiid express his disappointment because of the squad’s lack of postseason success.

This season, Simmons has been given a chance to redeem himself as part of a star-studded Brooklyn team. However, the 6-foot-10 guard has been disappointing to say the least.

He is averaging just 6.2 points on 5.7 shots per game. The Nets are understandably expecting more from the former No. 1 overall pick from the 2016 NBA Draft, but it seems that he is still not ready to be a high-impact player once again.

An NBA insider also said that Simmons does not have any real trade value at this point, given his recent string of performances and lack of aggression on offense.

It remains to be seen if the 26-year-old can bounce back this season.