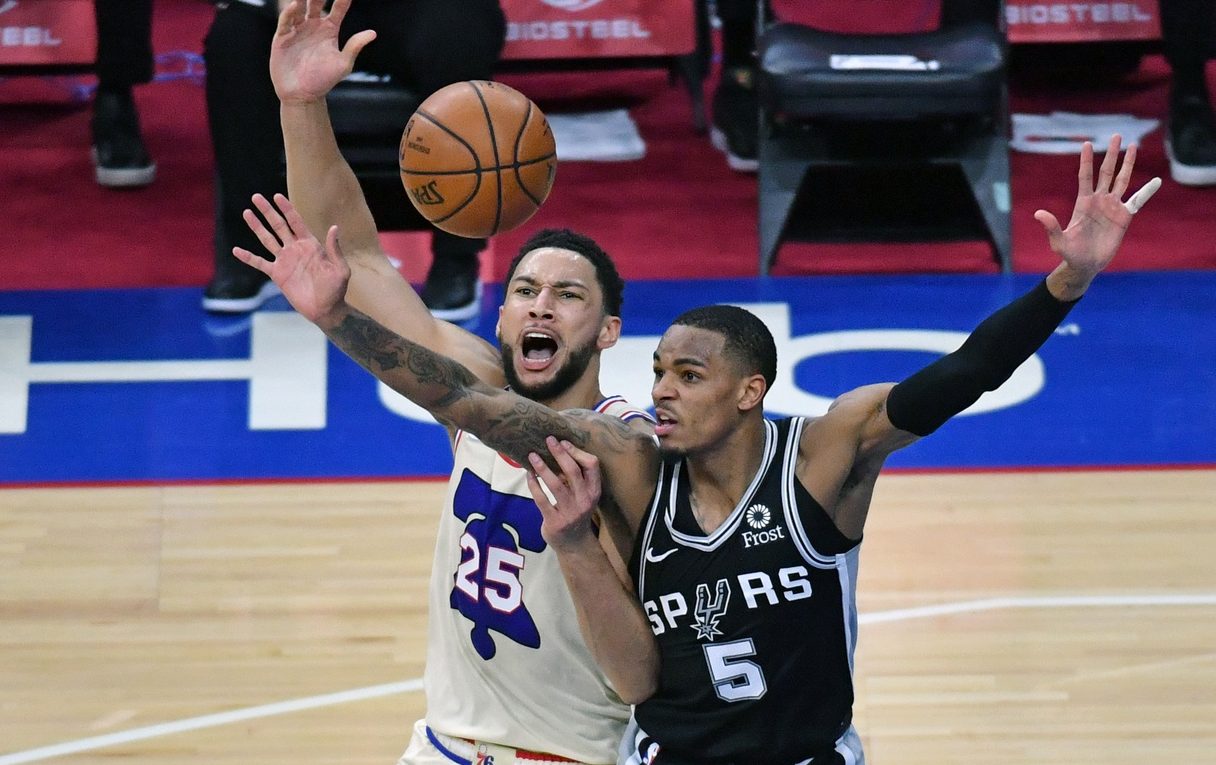 According to a report, the Philadelphia 76ers do not seem interested in the idea of landing Dejounte Murray and Lonnie Walker IV from the San Antonio Spurs in exchange for Ben Simmons.

“The Sixers front office doesn’t appear to be moved by the prospect of landing Dejounte Murray and Lonnie Walker IV from San Antonio, either, and the [Sacramento] Kings won’t yet discuss any framework that includes either De’Aaron Fox or Tyrese Haliburton, sources said,” wrote Jake Fischer of Bleacher Report.

While Murray and Walker are on exciting trajectories, it seems like the Sixers have their sights set on landing All-Star caliber players in any potential deal for Simmons.

Philadelphia is seemingly uninterested in adding players who have the potential to develop into superstars down the road. Instead, it looks like the organization’s goal is to add players who would help the team win a title now.

Philadelphia will have to continue searching for other deals if it wants to finally unload Simmons.