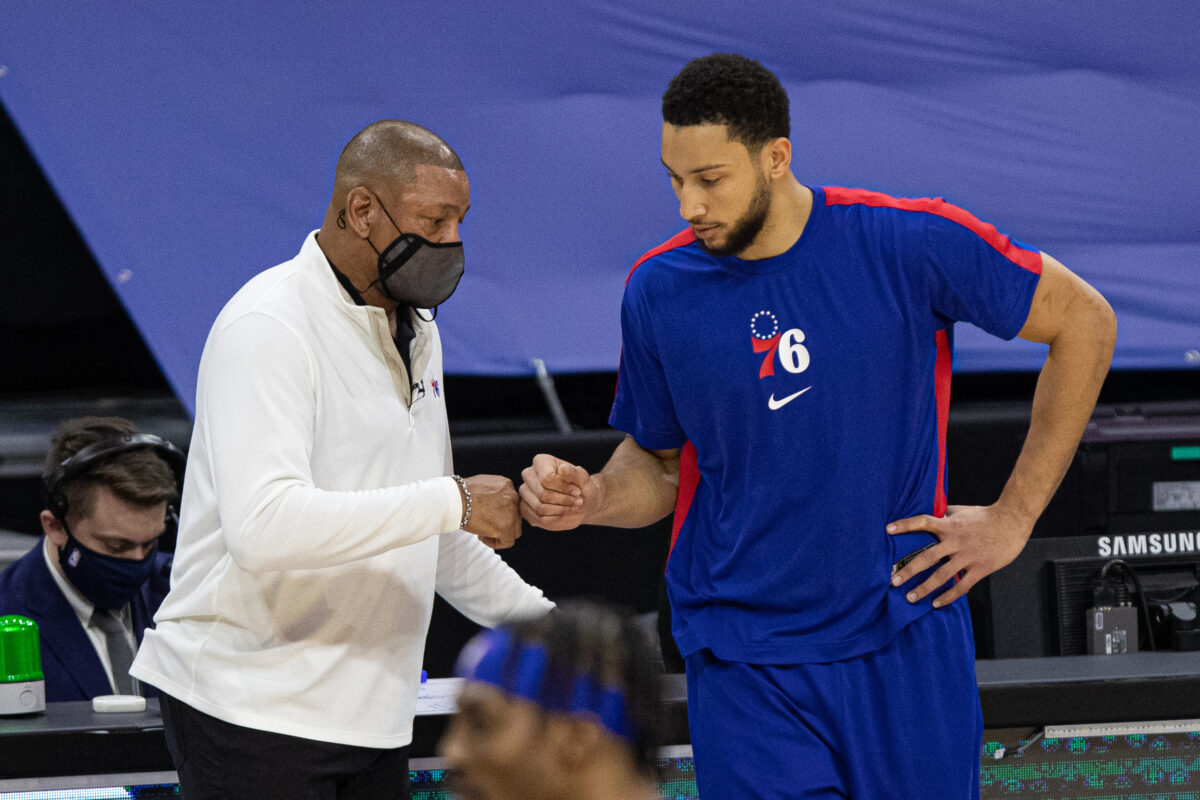 It sounds like the Philadelphia 76ers are still hoping that the three-time All-Star will report to the team.

Latest on Ben Simmons and the 76ers: pic.twitter.com/PWuRV9eyV8

“The 76ers continue to hope that Ben Simmons reports to the team and rejoins the roster as soon as possible,” Charania said. “As one source told me, it’s a waiting game. The 76ers front office, Doc Rivers and agent Rich Paul have remained in dialogue about finding a way for Simmons to report back to Philadelphia, I’m told, but so far, Simmons has been resistant. And the real question remains: Do the 76ers really want a disgruntled star on their roster which would create a toxic environment and energy around the organization?

“Simmons clearly appears done with the 76ers organization as well as the city of Philadelphia. Sources tell me that Simmons has emptied his home in Philadelphia, has had his belongings all packed and moved out, and the place will soon go up for sale, as his mentality is that a trade is coming at some point. It’s been clear Simmons has mentally checked out from the 76ers, and if he was ever to report, it would certainly be with short-term intentions.”

It was reported recently that Simmons was considering showing up to training camp in order to receive a portion of his salary for this season. It’s unclear if the former first-round pick is still considering doing so.

Even if Simmons were to report to the team, he would reportedly maintain that he’s unable to compete due to an injury. Clearly, he has no intention of actually suiting up for the Sixers.

Simmons has seemingly burned many bridges with folks in the organization. For that reason, it would likely create a very awkward situation if the 25-year-old were to report to the team.

Simmons is coming off of an All-Star season in which he averaged 14.3 points, 7.2 rebounds and 6.9 assists per game.