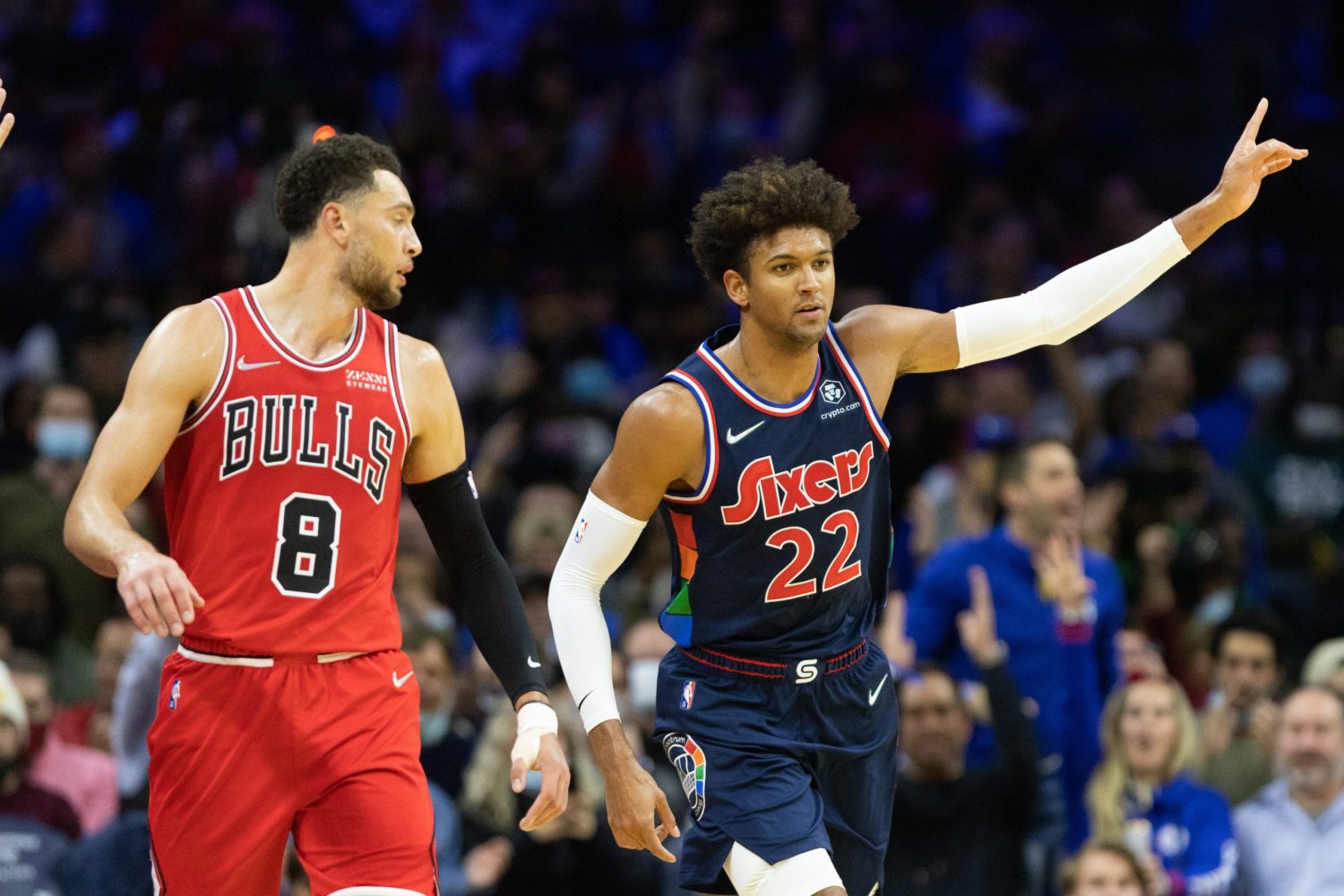 The prospect of the Philadelphia 76ers trading guard Matisse Thybulle to the Chicago Bulls during the offseason is apparently a possibility, according to a new report.

Sean Deveney of Heavy.com looked at various trade possibilities across the league and noted that Thybulle has at least one possible suitor in the Bulls.

“The Sixers could look to get off Thybulle’s contract to create some wiggle room under the luxury tax, which looms large over the team’s offseason, and one team with known interest, according to league sources, is Chicago,” Deveney wrote. “Bulls GM Marc Eversley has had a fondness for Thybulle going back to early in his collegiate career at Washington, and was instrumental in pushing the Sixers to acquire him in the 2019 draft.”

While Thybulle is just 25 and just completed his third season with the Sixers, his postseason struggles have raised questions about his long-range shooting ability. Those 3-point issues were especially frustrating, given how effective Thybulle was in the category during the final weeks of the regular season.

The Sixers have been in a position to make a deep playoff run in recent years and may be looking to make some definite changes before next season.

One major asset for Thybulle relates to his skills on defense. While that commodity is important, the 76ers may be looking for more prolific scoring options who can offer adequate defense.

Thybulle is set to make about $4.4 million next season, a price that might be too high for a player whose statistical numbers are modest.

Eversley was with the Sixers when they acquired him not long after the Boston Celtics had selected him as the 20th overall pick of the 2019 NBA Draft. Having watched Tybulle during his collegiate days at the University of Washington, Eversley figures to have at least some interest if the Sixers approach him.

If a trade is made and the 76ers are seeking some financial relief from the deal, it appears that a third team will be required to complete it.