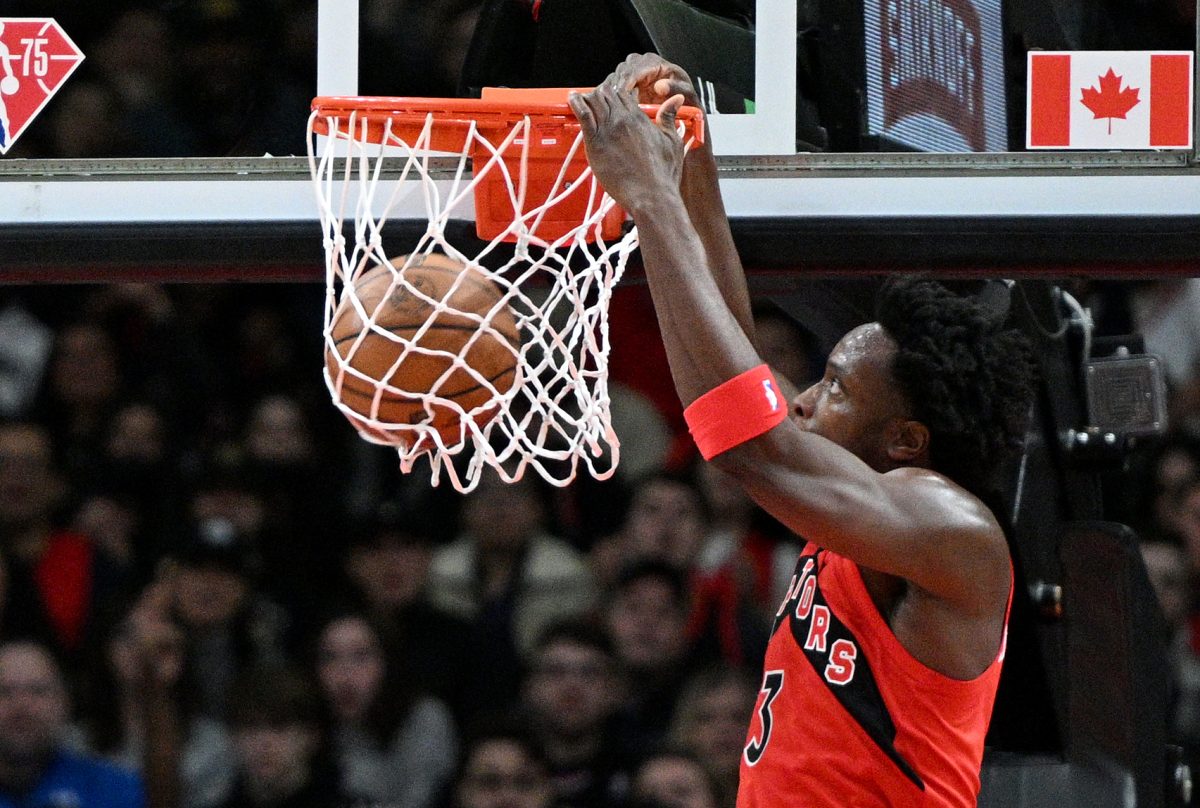 The executive explained to Heavy.com’s Sean Deveney that a trade sending O.G. Anunoby to the Warriors for Jonathan Kuminga and James Wiseman would make sense for Golden State, especially since Andrew Wiggins is set to become a free agent in 2023.

“You could maybe sell it as, OG’s contract is affordable, he is 24 years old, you lose Wiseman and Kuminga but you’re getting a better fit back,” the executive explained. “You’re getting a known commodity. If Toronto added a pick, that might sweeten the deal. It’s tough. They love their young guys but the veterans are like, ‘We need help to win now.’”

The Warriors are currently in the NBA Finals despite the fact that Wiseman has missed the entire 2021-22 season. Wiseman and Kuminga were both lottery picks by the Warriors in the past two NBA drafts.

Anunoby is a really solid wing scorer, but it would be asking a lot for the Warriors to trade two of their better young pieces for him. During the 2021-22 season, Anunoby averaged 17.1 points, 5.5 rebounds and 2.6 assists per game while shooting 44.3 percent from the field and 36.3 percent from beyond the arc.

It’s interesting to consider whether or not Anunoby would come off the bench for Golden State if a deal happened, as Wiggins is still under contract for next season.

The Warriors will likely look to add some talent if they come up short in the 2022 NBA Finals. Right now, the Warriors trail the Boston Celtics 2-1 in the series. Game 4 is scheduled for Friday night.

Steve Kerr complains that Celtics fans crossed the line with their NSFW chant aimed at Draymond Green: ‘I thought of Draymond’s kid’