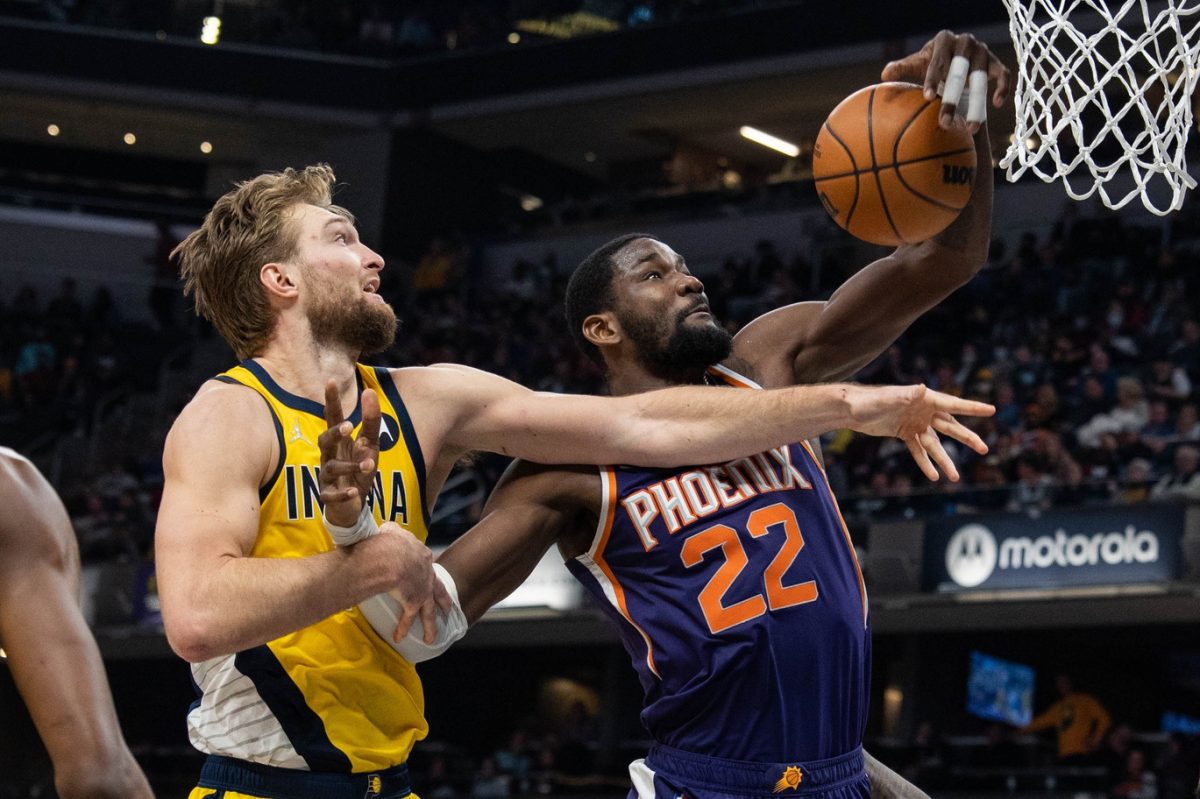 Some huge deals went down before the NBA trade deadline passed.

Interestingly, it sounds like another major deal was discussed between two teams. According to Zach Lowe of ESPN, the Phoenix Suns and Indiana Pacers briefly had discussions centered around star big men Deandre Ayton and Domantas Sabonis.

“The Pacers and Phoenix Suns had brief dialogue around Sabonis and Deandre Ayton, multiple sources say,” Lowe wrote. “It did not get far, sources say, and may have been mostly informal and broadly exploratory — and aimed at the future rather than anything now. No formal offer was ever made by either side. The [Sacramento] Kings coming with [Tyrese] Haliburton rendered everything else moot for the Pacers. The Suns not immediately hanging up the phone and tossing it out a high-story window at the prospect of shaking anything up — even in the offseason — is notable, though.”

Of course, the Pacers shipped Sabonis alongside Jeremy Lamb, Justin Holiday and a future draft pick to the Kings for Haliburton, Buddy Hield and Tristan Thompson days before the deadline.

Much of the league was repulsed that the Kings let go of Haliburton, a burgeoning guard who averaged 14.3 points, 7.4 assists, 3.9 boards and 1.7 steals per game in Sacramento this season.

Sabonis, though, is one of the best big men in the NBA. The two-time All-Star put up 18.9 points, 12.1 rebounds and 5.0 assists per contest in 47 games for the Pacers this season.

In his first contest with the Kings on Wednesday, Sabonis led the team to a 132-119 victory over the Minnesota Timberwolves by gathering 22 points, 14 boards and five assists.

The Suns, who have the best record in the league at the moment, were unable to strike a contract extension with Ayton before the start of the 2021-22 campaign. The former No. 1 overall pick was reportedly upset with the franchise. Of course, he helped guide the Suns to the 2021 NBA Finals.