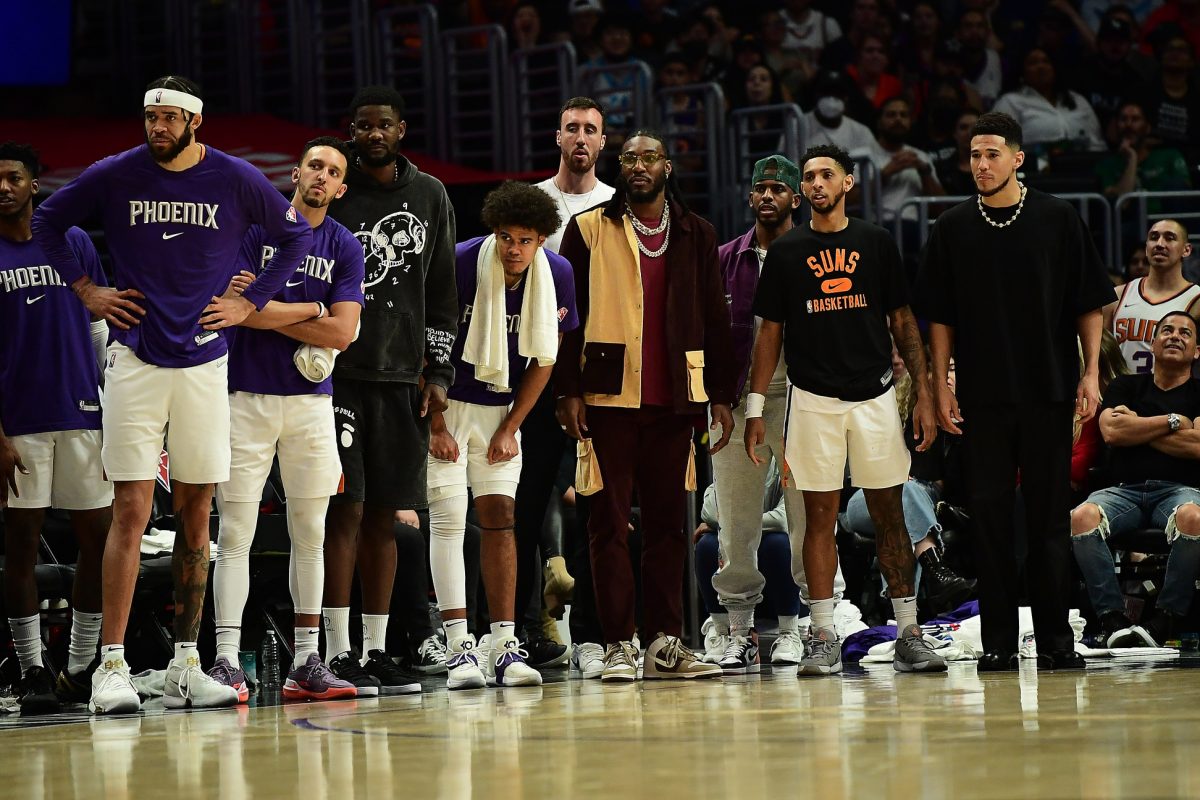 The Phoenix Suns saw their season come to an end with a series loss to the Dallas Mavericks in the Western Conference semifinals.

It was an unexpected turn of events, as many people across the league had deemed the Suns as one of the favorites to win the West. The team even secured the No. 1 seed in the conference heading into the playoffs.

Recently, Sam Amick and Joe Vardon of The Athletic reported that the Suns had multiple people, including a player, come down with COVID-19 around the end of the series.

“The Phoenix Suns were managing a COVID-19 outbreak as their season fell apart, multiple sources told The Athletic, with six individuals — including one player — testing positive either late in the Western Conference semifinals or the day after Game 7,” Amick and Vardon wrote.

“With their season on the line, the Suns were destroyed at home by the Dallas Mavericks 123-90 on May 15. One Phoenix assistant coach, Bryan Gates, tested positive after Game 6 and missed the final game, while at least some of the other Suns indicated to colleagues they weren’t feeling well prior to Game 7.”

The unidentified player reportedly tested positive the day after the last game of the series.

“The player tested positive the day after Game 7,” wrote Amick and Vardon. “The Athletic does not identify individuals who test positive for COVID-19 unless their names are made public by the team, league or the individuals themselves. The others who tested positive were support staffers.”

Of course, the Suns’ series loss cannot be attributed solely to the apparent COVID-19 outbreak within the organization. But dealing with the situation may have had an effect on the team’s lackluster effort in Game 7 against the Mavs.

Dallas was reportedly also concerned about the Suns’ rumored outbreak, with one source suggesting that it might have started as early as Game 5.

“The Mavericks had grown concerned about the rumblings too, with one Dallas source indicating the discussion about a rumored Suns outbreak began as early as Game 5,” Amick and Vardon wrote.

Phoenix will now enter a crucial offseason in which the front office has several questions to answer. One of them is the impending restricted free agency of starting center Deandre Ayton. The 23-year-old has been key to the team’s performance in the past couple of seasons.

It remains to be seen what moves the Suns will make in the coming months.