The Sacramento Kings could be sellers prior to the NBA trade deadline.

According to a recent report, Jabari Parker could be one of the players on the move.

“Teams who have called Sacramento have found a willingness to discuss forwards Nemanja Bjelica and Jabari Parker, sources said, but not so much for [Harrison] Barnes,” ESPN’s Brian Windhorst reported.

Parker was the No. 2 overall selection in 2014 NBA Draft, but he has never managed to live up to expectations. Sadly, a big part of the reason for that has been injuries.

This season, Parker is barely a factor for the Kings. He’s averaging 2.7 points and 2.0 rebounds in 9.0 minutes per game.

He’s only played in three games this season.

With that in mind, he has averaged 14.8 points per game on his career.

If he does get moved, he’ll surely hope to get a chance to get back to similar numbers in his new home. 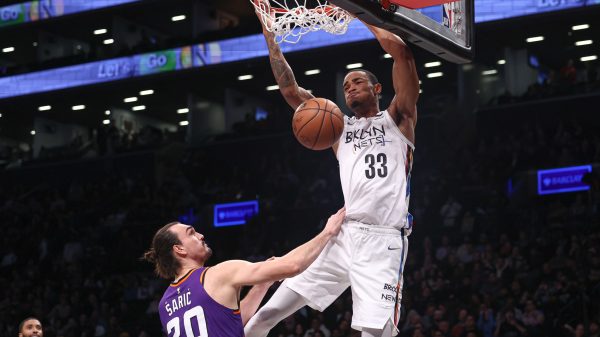