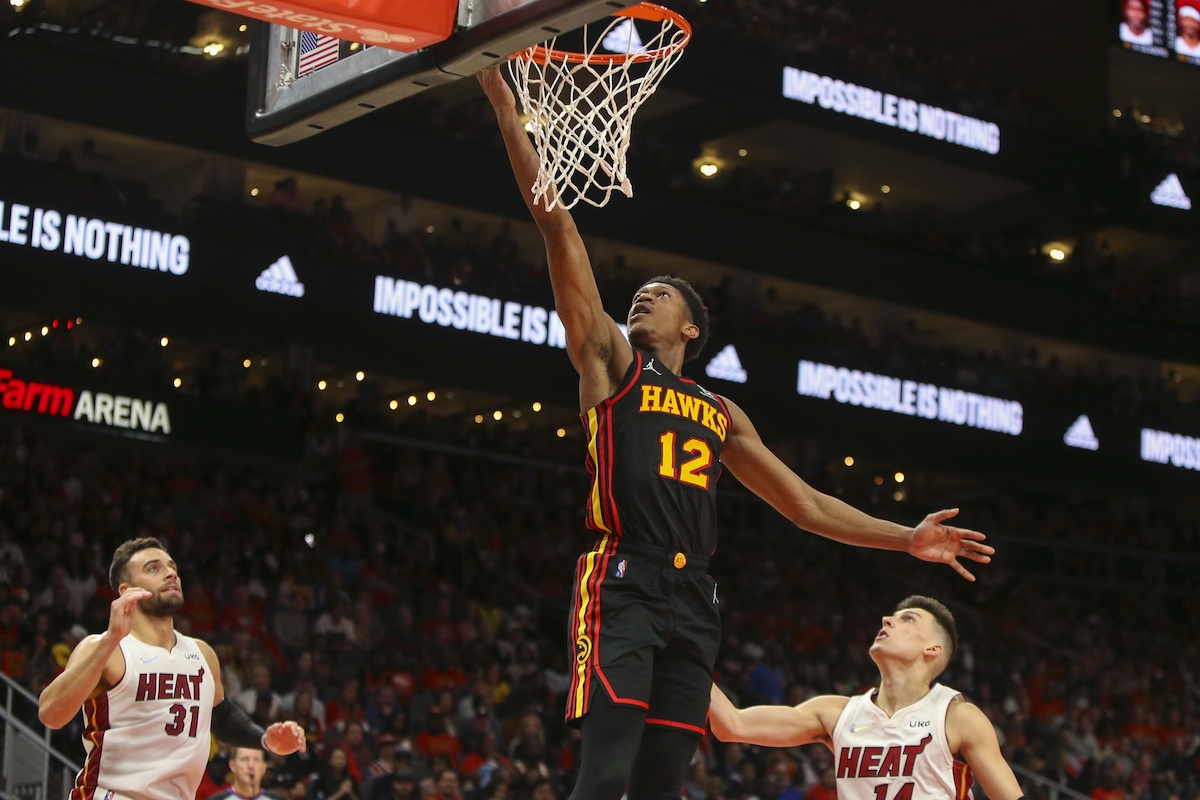 The Utah Jazz seem to be fans of Atlanta Hawks forward De’Andre Hunter, according to a recent report.

“I’ve heard the Jazz like De’Andre Hunter’s game, and he’s, theoretically, what they need more of moving forward if [Donovan] Mitchell is whom they decide to build around,” wrote Chris Kirschner of The Athletic. “Utah needs more perimeter defense, maybe worse than Atlanta, if you can actually imagine that after what we watched this season.”

Hunter would definitely be a nice piece for the Jazz, who are reportedly committed to building around Mitchell.

During the 2021-22 regular season, Hunter did pretty well, averaging 13.4 points and 3.3 rebounds per game while hitting 44.2 percent of his shots from the field and 37.9 percent of his attempts from beyond the arc.

He took his game up a notch during the Hawks’ first-round playoff series against the Miami Heat. In that series, which lasted five games, the University of Virginia product averaged 21.2 points and 3.8 rebounds per contest while shooting 55.7 percent from the field and 46.2 percent from 3-point range.

Hunter was the team’s most consistent player against the Heat while star point guard Trae Young mightily struggled.

Given what the former first-round pick showed during this year’s playoffs, it will be interesting to see if the Hawks decide to deal him to another team. If they do, it stands to reason that they’ll want a nice package in return for him.

Hunter is only 24 years old and seems to have lots of room to grow in the next couple of seasons. He’s eligible for an extension this offseason, and talks with the team regarding a new deal may define where he ends up playing for the foreseeable future.