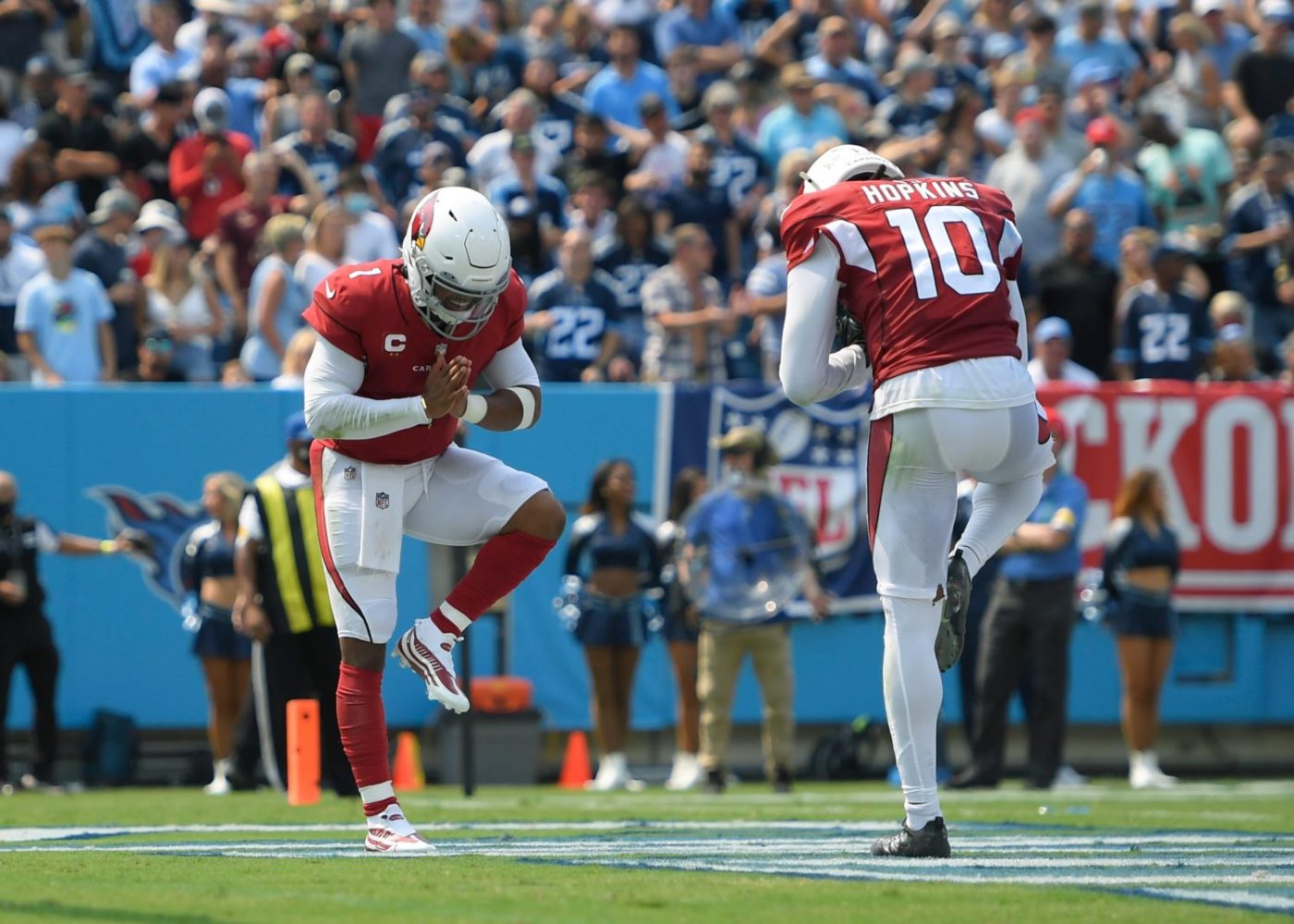 The Arizona Cardinals will reportedly be getting back a couple of key players when they face the Chicago Bears on Sunday.

#AZCardinals Head Coach Kliff Kingsbury just officially told me that Kyler Murray and DeAndre Hopkins are both playing today versus the #Bears. @nflnetwork

Kyler Murray (ankle) and DeAndre Hopkins (hamstring) have been out since Week 8 when they sustained injuries during the Cardinals’ match against the Green Bay Packers.

It seems like the organization took a cautious approach in dealing with their injuries. Given that Arizona went 2-1 in the three games Murray and Hopkins were out for, the team probably felt it did not need to rush the duo back to the field.

The Cardinals have a chance to solidify their hold on the No. 1 seed in the NFC in the coming weeks. They are currently 9-2 on the season. Finishing top in their conference would certainly give the Cardinals a good chance of making it far in the playoffs.

Arizona has not reached the postseason since it lost in the conference championship in the 2015 NFL season. Stuck in mediocrity for much of the following years, the franchise’s fortunes started to turn around when it landed Murray with the No. 1 overall pick of the 2019 NFL Draft. The quarterback won the AP NFL Offensive Rookie of the Year award during the 2019 season.

Then, in the following year, the Cardinals received a huge reinforcement when they were able to acquire Hopkins from the Houston Texans in what was perceived as a severely one-sided trade. Hopkins is a five-time Pro Bowler who led the league in receiving touchdowns in 2017.

Only time will tell if the Cardinals can win it all this year.