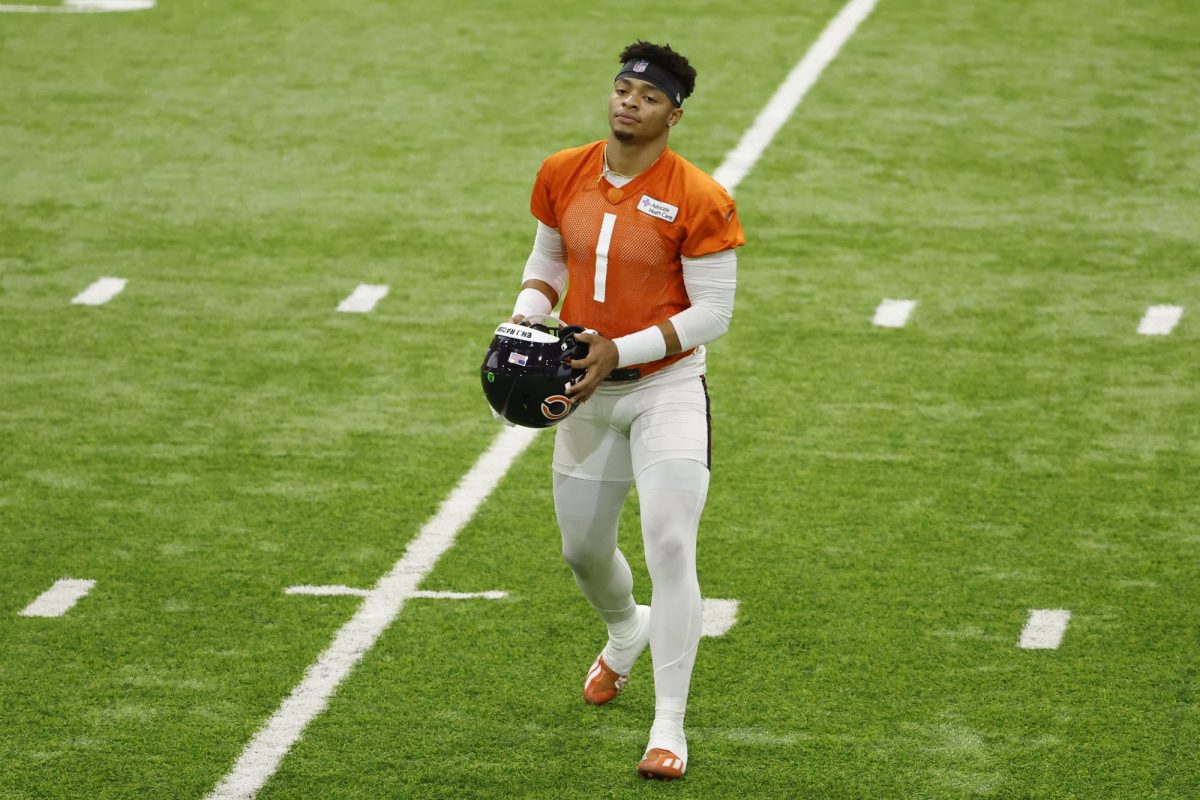 The 2022 NFL regular season is getting closer, and it’s going to be an important one for Chicago Bears quarterback Justin Fields.

The youngster is looking to prove to the NFL world that he’s here to stay, and according to a recent report, it sounds like Fields is having a fantastic summer.

Some great news #Bears’ fans: Justin Fields has “blown away” the staff thus far, according to one team source I spoke with. “His mechanics have improved, he’s in great shape, he works at it and he really cares. Luke [Getsy] loves him.” 🐻

It’s certainly a positive update for the Bears and their fans.

Fields appeared in 12 games in his rookie season and made 10 starts. In those 10 starts, the Bears went 2-8. That’s definitely an area where all involved parties will hope to see improvement in the upcoming season.

Fields completed 58.9 percent of his passes for 1,870 yards last season. He threw more interceptions than touchdowns, as he was picked off 10 times and threw for seven scores. On the ground, he racked up 420 rushing yards and two scores.

The Bears are going to have to overcome the odds if they want to reach the playoffs this season. Doing so would be a major accomplishment for the organization, especially if Fields were to lead the way.

That drought probably isn’t going to end in the upcoming campaign, but the hope is that Fields will help the team get there at some point in the near future.