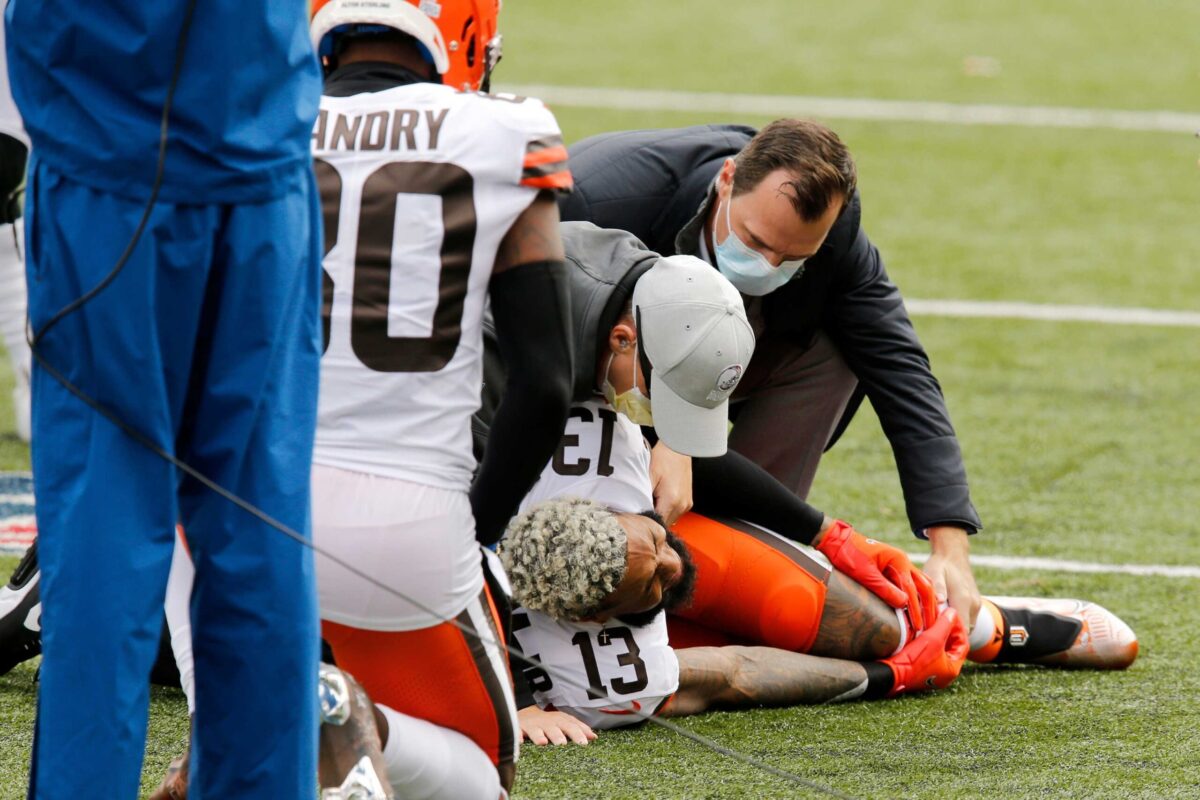 The Cleveland Browns received devastating news on Monday after wide receiver Odell Beckham Jr. was diagnosed with a torn ACL.

The stud receiver will miss the remainder of the 2020 NFL season.

Odell Beckham Jr just text me that his ACL is torn and that his season is over.

Beckham suffered the left knee injury early in the Browns’ win on Sunday over the Cincinnati Bengals and didn’t return to the game.

Trying to replace Beckham will be difficult and marks another key loss to the Browns offense, which is already dealing with an injury to running back Nick Chubb.

Prior to the injury, Beckham had only offered flashes of his skills since the Browns acquired him after the 2018 season.

Earlier this season, Beckham caught five passes for 81 yards and two touchdowns and also ran for 73 yards on two carries against Dallas. The last of his runs helped clinch the Browns’ 49-38 win.

The 5-2 Browns will be back in action on Sunday when they host the Las Vegas Raiders.