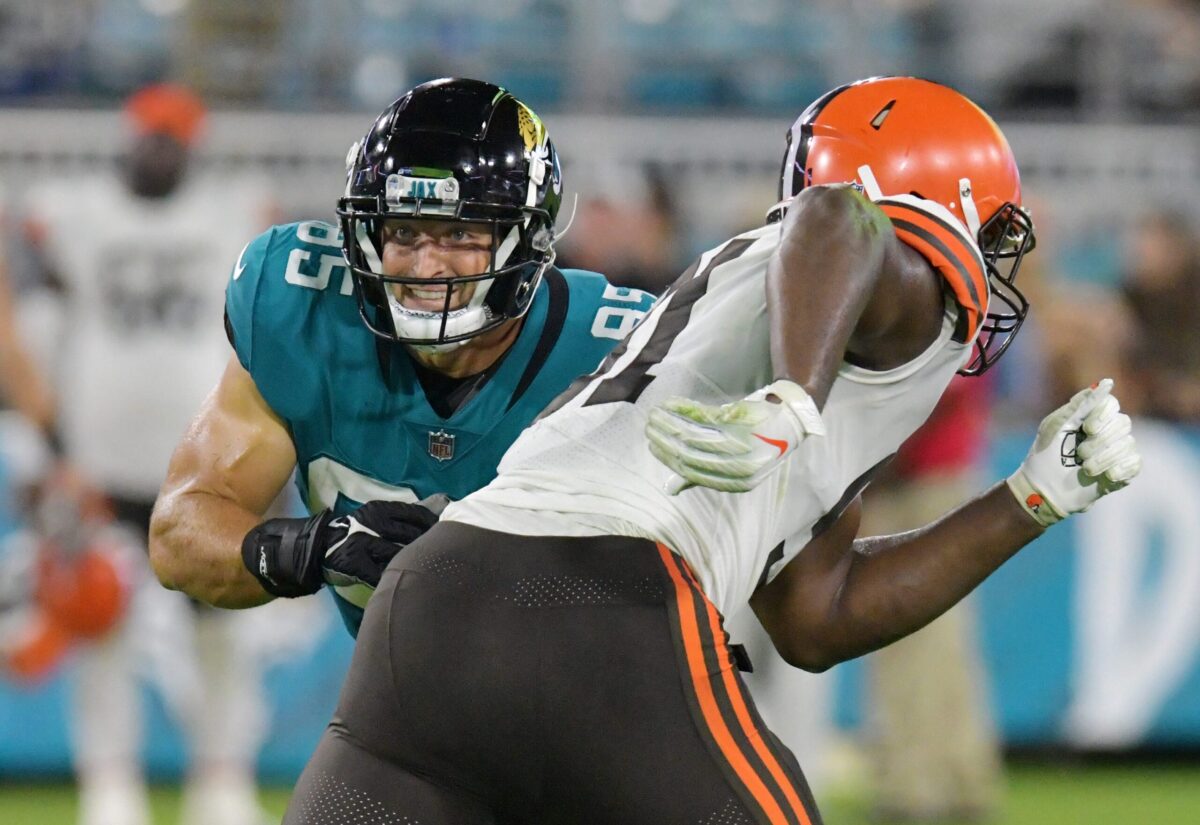 The Tim Tebow experiment is over for the Jacksonville Jaguars. The team decided to release the 34-year-old tight end on Tuesday.

Tebow was thankful to the Jaguars organization for getting the opportunity to make the final roster.

Thank you to the @Jaguars organization and everyone who has supported me in this journey.

And we know that…God works all things together for good. Romans 8:28

Tebow had signed with the Jaguars back in May as he tried to make his way back into the NFL. He had previously been a quarterback in the league with the Denver Broncos and New York Jets.

On the Jaguars, he was reunited with his college coach, Urban Meyer. Tebow was a quarterback at the University of Florida from 2006 to 2009.

Throughout his NFL career, Tebow has thrown for 2,422 yards, 17 touchdowns and nine interceptions. He has only completed 47.9 percent of his throws in the league.

With this move happening, it seems like fans have likely seen the last of Tebow in the NFL.