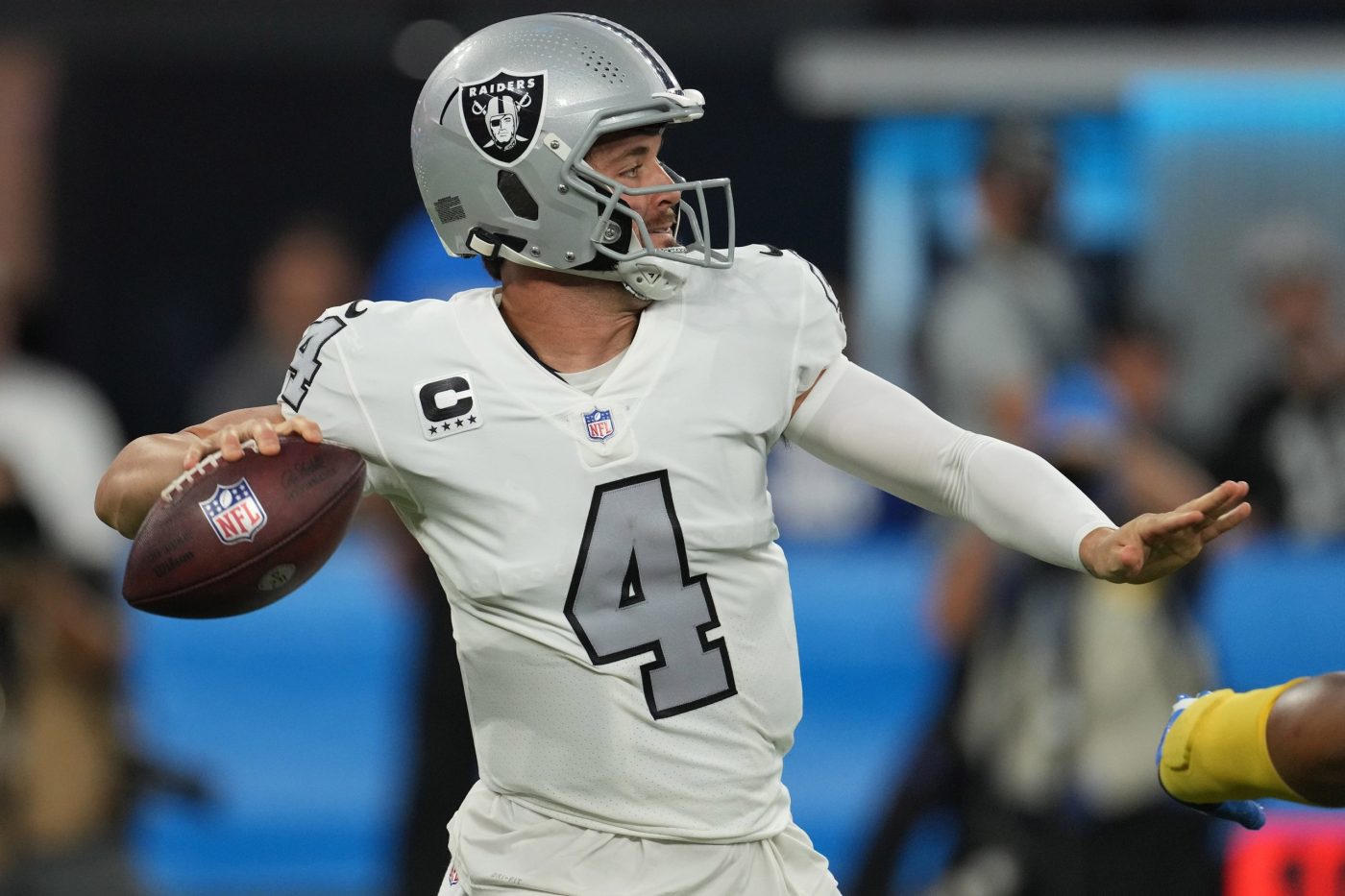 The Las Vegas Raiders will reportedly have to wait until this season finishes before they try to lock up quarterback Derek Carr with a longer contract.

“Derek Carr has no intention of working on a contract extension with the Las Vegas Raiders during the season, league sources told ESPN,” wrote Adam Schefter.

“Although Carr has played well this season and enters Sunday second in the NFL in passing yards, there are multiple reasons why the contract talks have been tabled.

Even with this development, it does not seem like the 30-year-old plans on leaving Las Vegas. He has been with the franchise ever since the Raiders drafted him in the second round of the 2014 NFL Draft.

After missing the postseason for the past four years, things are looking up for Carr and the team. They are currently 3-1 and seem like genuine playoff contenders.

The quarterback has been playing well. So far this season, he’s recorded 1,399 passing yards and eight touchdown passes.