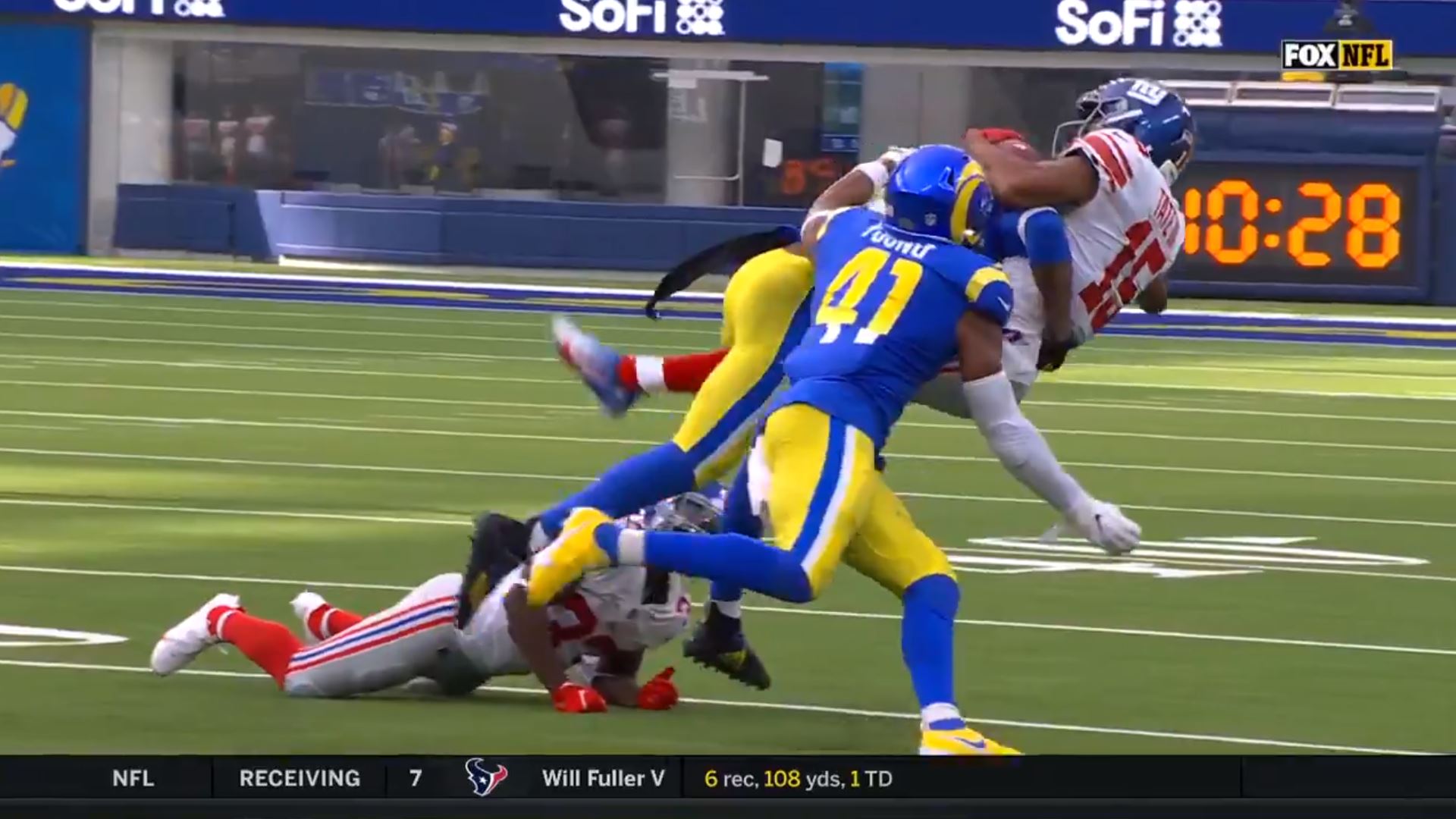 Ramsey was acquired by the Rams last October from the Jacksonville Jaguars, though the deal required the Rams to give up a pair of future first-round picks as well as a fourth-round selection in 2021.

Now in his fifth year in the league, Ramsey once again shows why the Jaguars drafted him with the fifth overall pick in the 2016 draft.

The Rams are looking to bounce back after dropping their first game of the season last week, while the Giants are still searching for their first victory during the 2020 campaign.