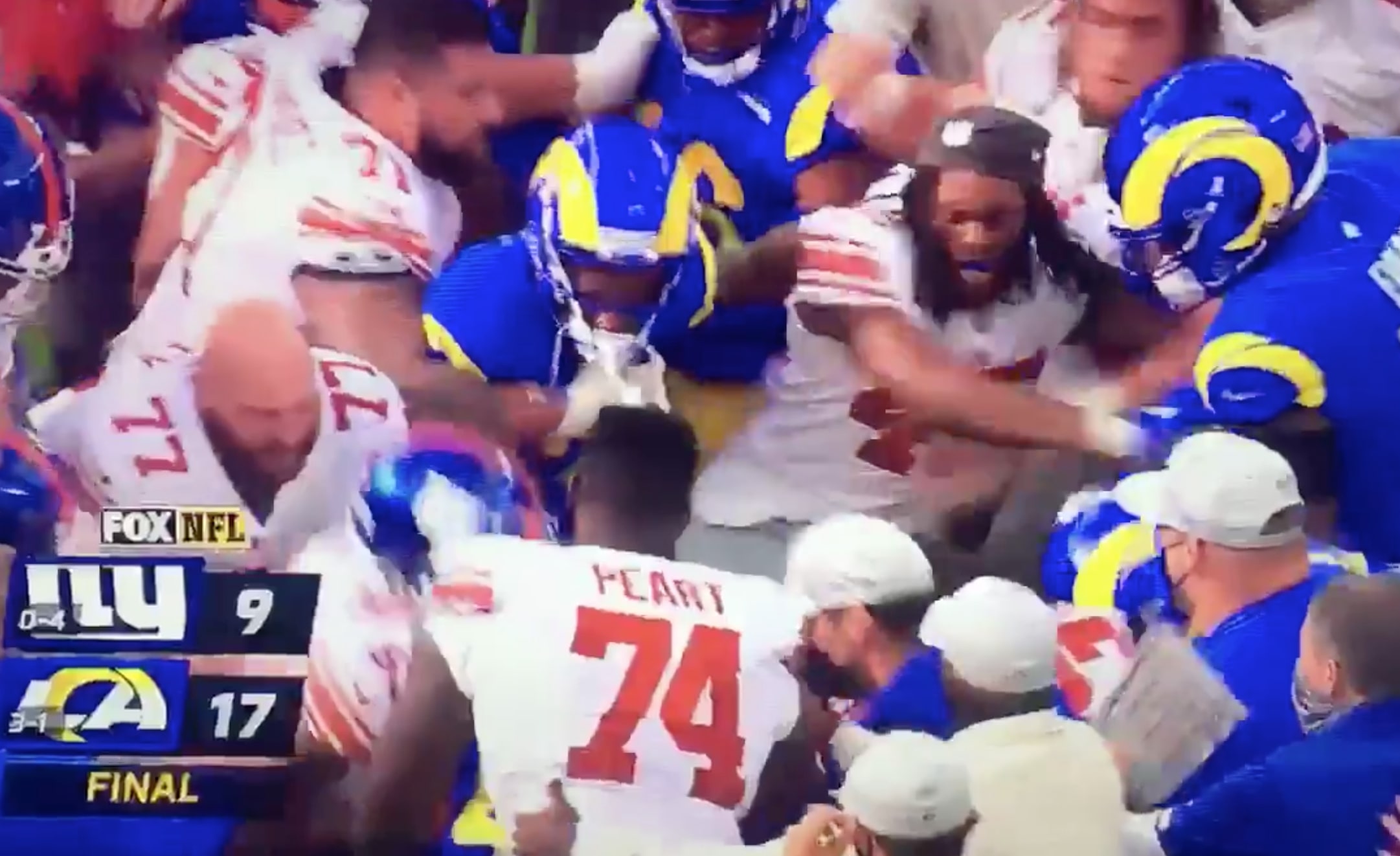 Jalen dumped Tate’s sister who was pregnant with their baby last year
pic.twitter.com/gE9At35ijD

There’s a fight on the field after the game clock hits zero, press box consensus says it was Jalen Ramsey and Golden Tate involved pic.twitter.com/m6WhFUMhwf

Ramsey and Tate got things started almost immediately after the game ended, with each player swinging at the other. When both hit the ground, players on both teams jockeyed for position while trying to break up the fight.

Earlier in the game, Ramsey delivered a huge hit on Tate, which may have served as the reason for the fight, though the actual reason may be indicated in postgame comments.

The one thing that seems certain is that both players will end up with lighter wallets after they’re fined by the NFL for their scuffle.

It’s possible the fines involved may be steep, considering the league is trying to play in the midst of a contagious pandemic and such close contact raises the risk of a possible infection.

The NFL has had to deal with multiple coronavirus problems within the past week and doesn’t figure to be thrilled to see such brawling taking place.