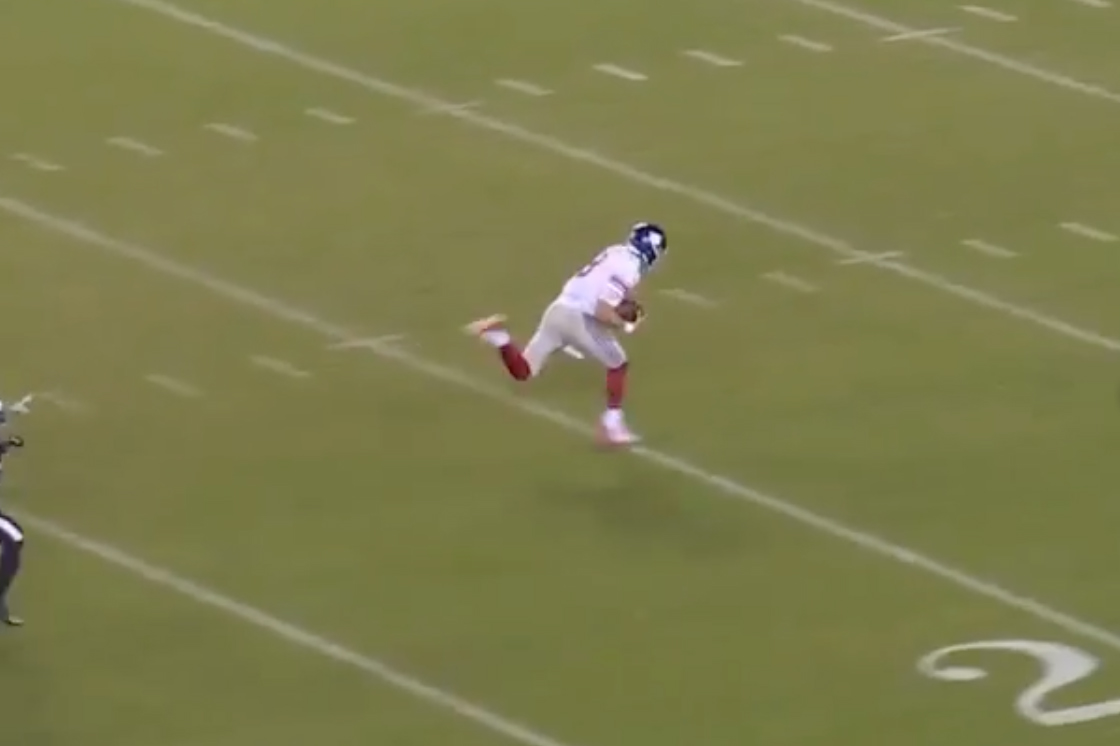 But it could have been much more.

The second-year quarterback tripped over his own feet, which stopped him from scoring a touchdown on the play.

DANIEL JONES TRIPS ON A 80-YARD RUN 😅 @brgridiron (via @NFL)

It certainly is an embarrassing moment for Jones, but luckily for him and the Giants, the team would score on the possession.

Running back Wayne Gallman Jr. finished the drive with a one-yard touchdown run.

The Giants are in desperate need of a win over the Philadelphia Eagles on Thursday if they want to keep pace in the NFC East.

New York picked up its first win over the Washington Football Team last week and is looking for another this week.

With a win, the Giants would tie the Dallas Cowboys for the most wins in the division. Granted, Dallas has not played yet this week.

New York is currently just 1-5 on the season.