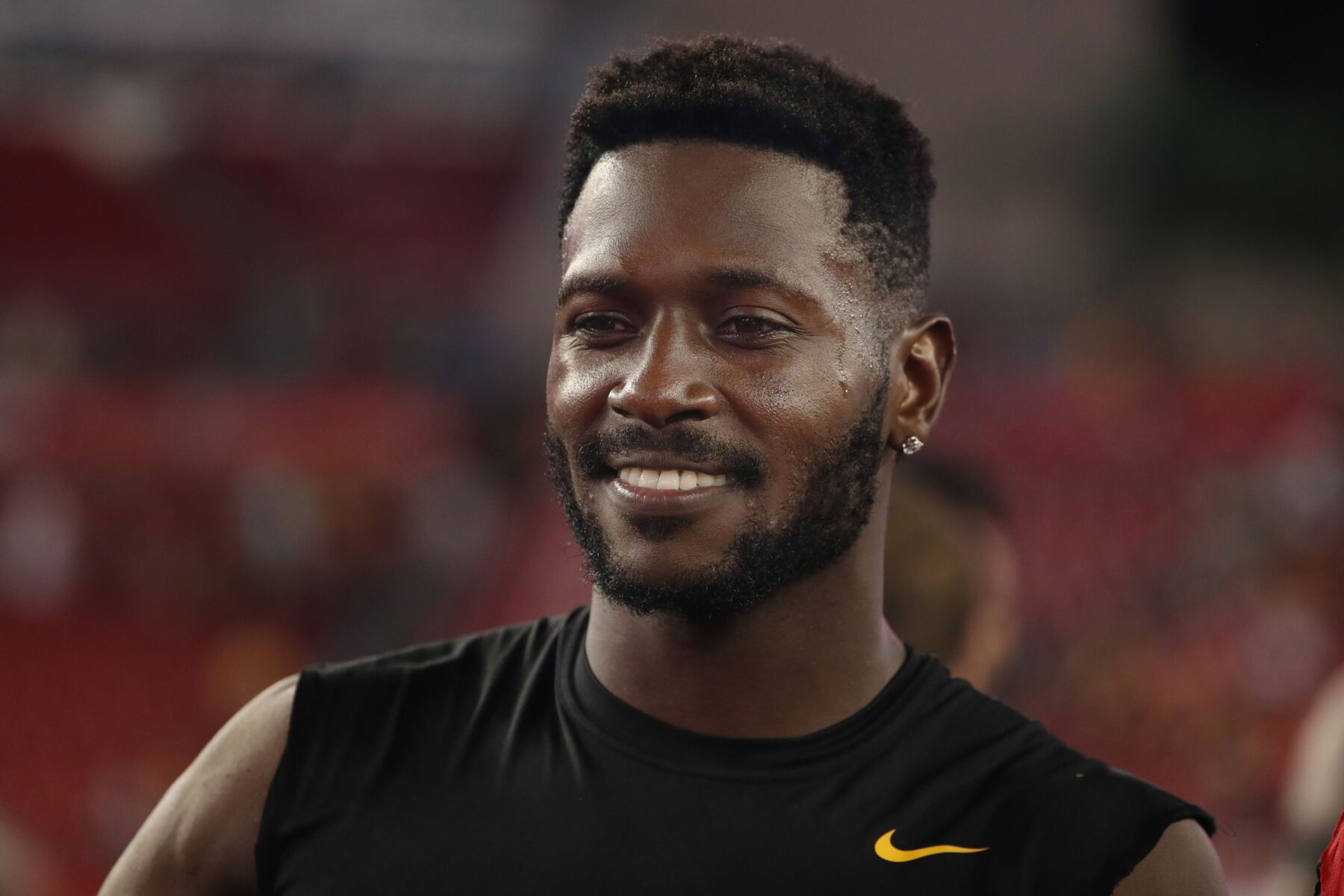 Tampa Bay Buccaneers general manager Jason Licht is enthusiastic about his team adding veteran wide receiver Antonio Brown, offering a bold claim about what he can bring to the Bucs.

The 32-year-old Brown has been surrounded by controversy in recent years, which has included an eight-game suspension for off-the-field issues. However, Licht believes that despite only playing in one game since the 2018 season, Brown can still be an effective part of the team’s offense.

“He’s just so explosive and sudden and so much stronger than he looks,” Licht told NFL.com. “If you saw him in a grocery store, you wouldn’t think he’s a seven-time Pro Bowler. But man. He’s very strong, great hands, super explosive.”

Over the course of his previous 10 years in the league, Brown has collected 841 career catches and has twice led the NFL in receptions for a season.

However, that high production level has been obscured by issues that led him to be released by both the then-Oakland Raiders and New England Patriots.

Brown, who’s known for having a dedicated work ethic, is expected to be in the lineup for the Buccaneers’ huge Sunday night game against the New Orleans Saints.

One of the reasons that Licht is excited about what Brown can provide to the Bucs is that the veteran is signed to only a one-year contract, which virtually eliminates the team’s risk.

“It’s an opportunity that we’re giving him, another opportunity, but it’s a one-year deal and if it doesn’t work, there’s no risk,” Licht said. “No risk.”

Entering the Sunday night clash at Tampa Bay, the Buccaneers hold a half-game advantage over the Saints in the NFC South, with a 6-2 record on the year. The two teams met in the season-opener on Sept. 13, with the Saints winning 34-23.