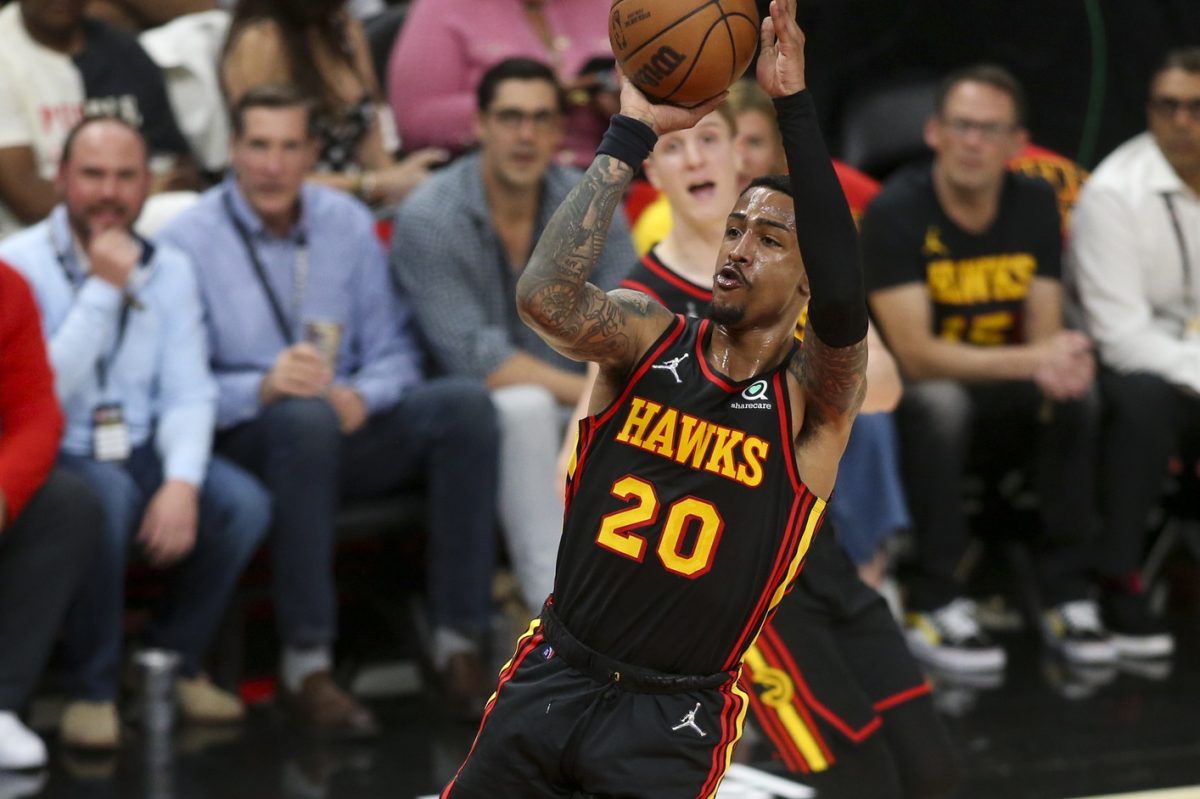 Bleacher Report’s Jake Fischer made a recent podcast appearance and shared that Collins appears to be the player that Atlanta would like to move on from the most.

“There’s someone I talked to today who had just spoken to Atlanta in recent days who said John Collins is clearly the guy that they’re most interested in moving,” Fischer said.

The Hawks are in a tough spot as a franchise after a disappointing 2021-22 season. The team made the Eastern Conference Finals in the 2020-21 campaign, but the Hawks struggled in the 2021-22 campaign and landed in the league’s play-in tournament.

While Atlanta did end up earning the No. 8 seed in the East, it lost to the Miami Heat in the first round of the playoffs in just five games.

Collins, 24, dealt with injuries in the 2021-22 season and was limited to just 54 games. He was still solid when he played, but it appears Atlanta is open to the idea of moving on from him to switch up the roster.

The Hawks signed the former first-round pick to a lengthy deal following the 2020-21 season. However, it doesn’t appear that he is guaranteed to finish out that contract with the team.

The Hawks still have a solid young core that includes Trae Young, De’Andre Hunter and Kevin Huerter. If the team does move on from Collins, it will be interesting to see how it replaces him on the roster for next season.