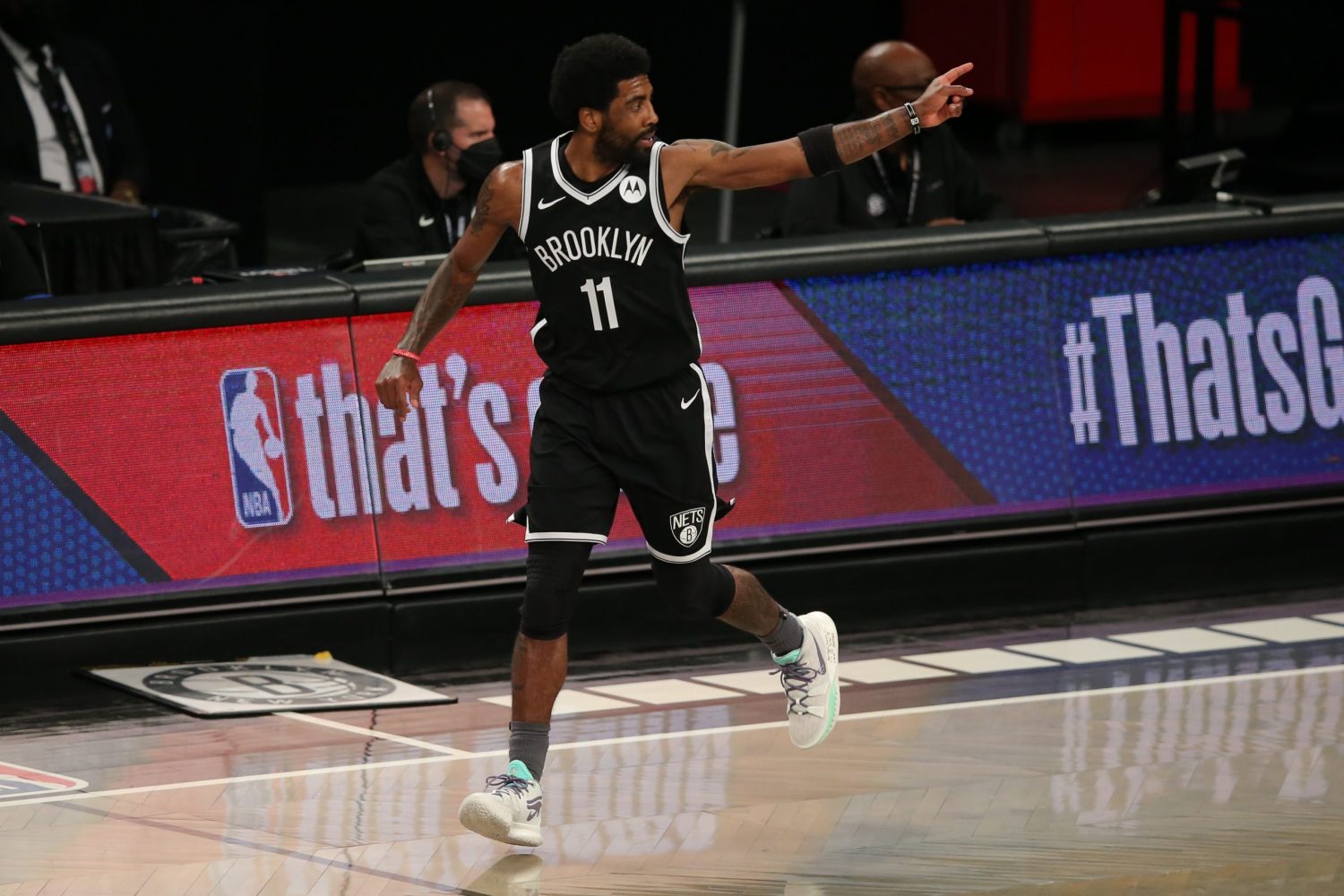 Brooklyn Nets guard Kyrie Irving is away from the team after he decided not to get vaccinated against COVID-19 prior to the 2021-22 season.

Irving’s move is a questionable one, and House of Strauss’ Ethan Strauss broke down how Irving forms his opinions on such matters.

“Kyrie Irving’s current cultural prominence is quite funny to a lot of folks in and around the NBA,” Strauss wrote. “Here’s how people who’ve worked with him would describe Irving’s opinion-generation process: Sitting around in his free time, watching an endless stream of Instagram videos, without much discernment.”

The Nets will certainly miss the talented, yet controversial guard tonight when they face the Milwaukee Bucks in their season opener.

Brooklyn will rely on James Harden and Kevin Durant to carry the team until Irving decides to return.

If the All-Star guard doesn’t join the team, the Nets will have to make due without the 26.9 points, 4.8 rebounds and 6.0 assists per game he averaged last season while shooting 50.6 percent from the field and 40.2 percent from 3-point range.

Irving has a player option on his contract for the 2022-23 season that could keep him on Brooklyn for another year.