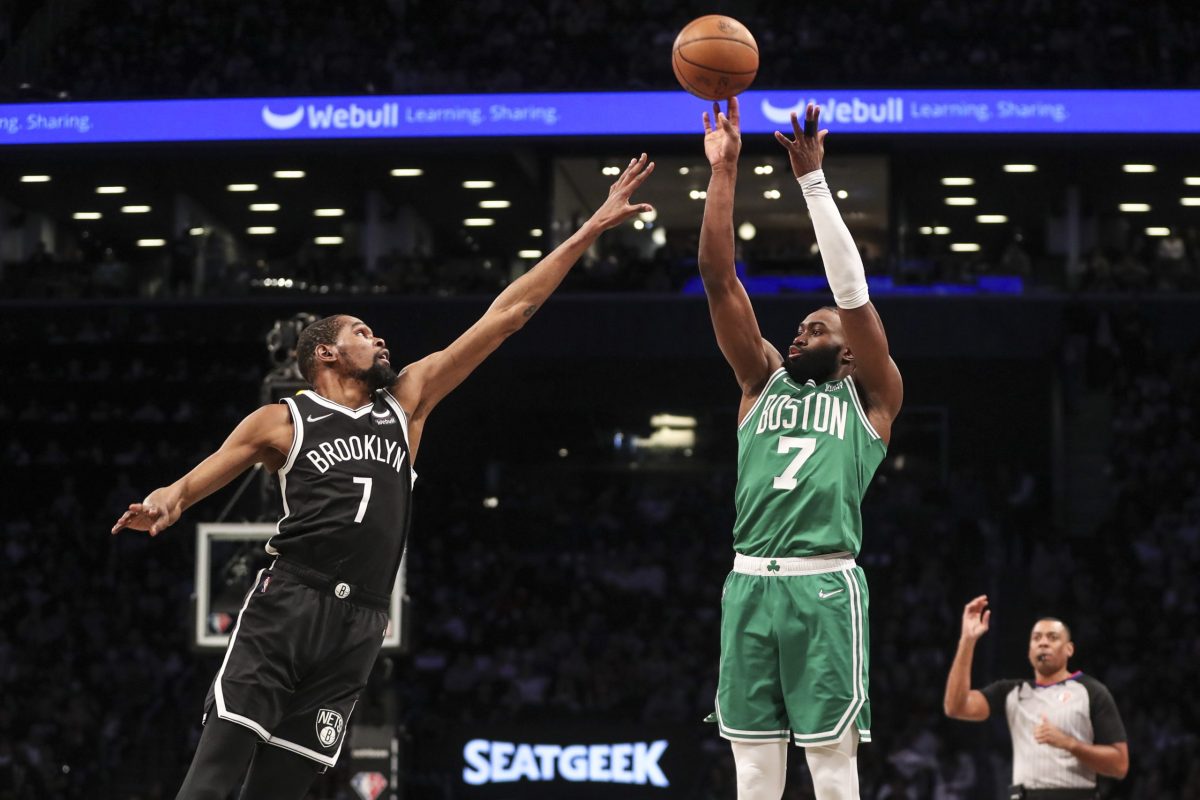 The Boston Celtics’ reported offer to the Brooklyn Nets for Kevin Durant appears to be the frontrunner at this point in trade talks.

Boston’s offer reportedly includes star wing Jaylen Brown, who is probably the best player that has been offered to Brooklyn in return for Durant.

“Among the executives with whom I spoke, a Boston deal with Jaylen Brown as the centerpiece appears to be the unofficial front-runner here,” The Athletic’s Sam Amick wrote. “In general terms, sources say the Nets are using the fact that the Celtics (and perhaps other teams) have made their second-best player available as a baseline of sorts in negotiations. Translation: If you’re still trying to discuss a Durant deal without putting your second-best talent on the table, then just stop wasting everyone’s time and bow out of this race.”

Brown has two years remaining on his contract before hitting unrestricted free agency. The one-time All-Star had a fantastic 2021-22 season. He finished the campaign averaging 23.6 points, 6.1 rebounds and 3.5 assists per game while shooting 47.3 percent from the field and 35.8 percent from beyond the arc.

The Nets are clearly going to command an All-Star caliber player in return for Durant, who is one of the best players in the NBA. Since Durant has four years left on his contract, Brooklyn doesn’t need to panic and move him for a lower price just to satisfy his demand.

Boston’s offer shows that the team believes it is one piece away from winning an NBA title. The Celtics made the NBA Finals last season, but they came up short, losing in six games to the Golden State Warriors.

While Brown is a fantastic player, Durant is a former MVP and two-time NBA Finals MVP. He could help take Jayson Tatum and company to the next level.

The Brown offer has clearly put other teams in the Durant sweepstakes on notice, as they will need to offer premium talent for the Nets to consider making a deal with them.