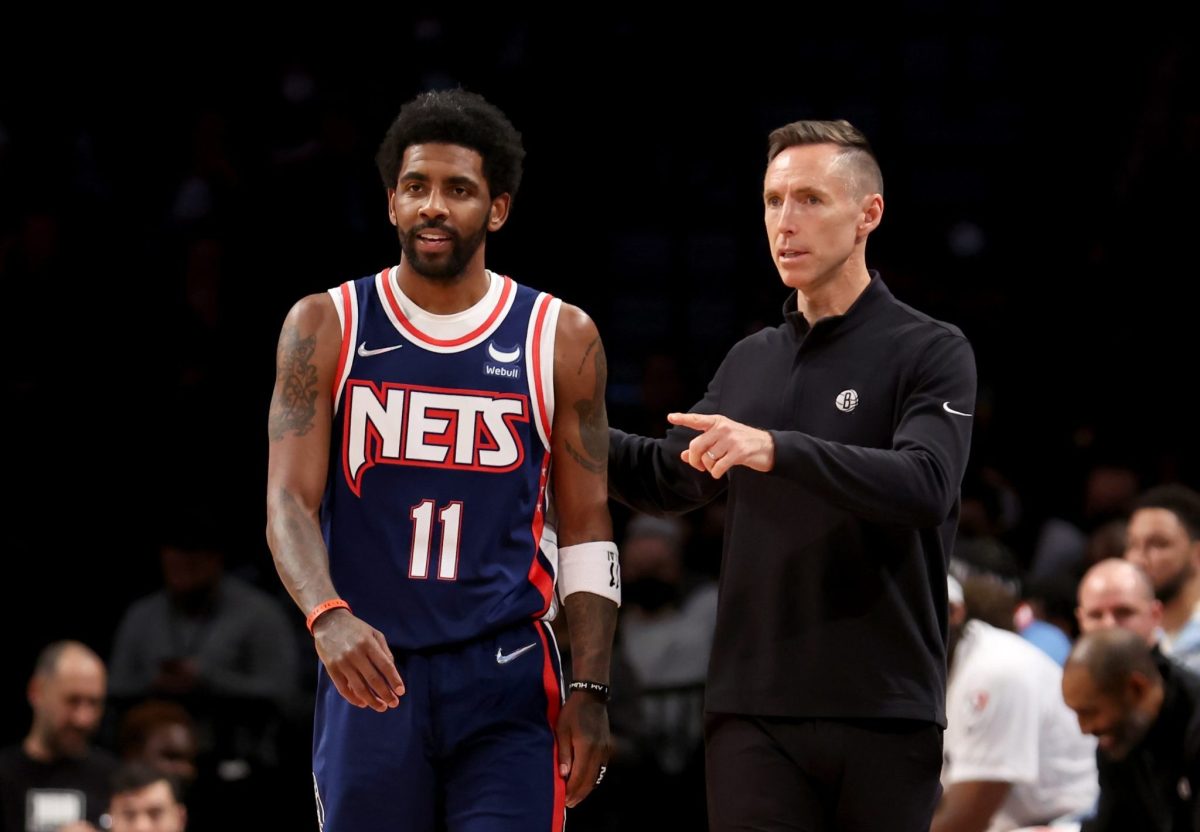 It was recently reported that Brooklyn Nets superstar Kevin Durant is unhappy with the team’s leadership.

As it turns out, he may not be the only one. It sounds like star guard Kyrie Irving has similar feelings when it comes to Nets general manager Sean Marks and head coach Steve Nash.

“Kyrie Irving hates these guys,” a source close to the Nets organization told Mark W. Sanchez and Josh Kosman of the New York Post. “He feels that Nash is terrible and Marks is bad.”

It certainly isn’t a great look for the Nets organization. Durant and Irving aren’t exactly known as easy players to keep happy, but if both stars are indeed displeased with Nets leadership, that may be a good indication that something is wrong at the top.

Ultimately, only time will tell if Durant and Irving find themselves with the Nets when the 2022-23 regular season begins. It’s going to be a pivotal few months for the organization.

The Nets, of course, had a brutal 2021-22 season, and it came to an end in the first round of the playoffs at the hands of the Boston Celtics. If the team loses Durant and Irving in the near future, the 2022-23 season probably won’t go much better for Brooklyn.