The Milwaukee Bucks inquired with the Brooklyn Nets about superstar Kevin Durant, according to The Athletic’s Shams Charania.

“The Philadelphia 76ers expressed recent interest in Durant while the Milwaukee Bucks and Denver Nuggets also inquired with the Nets in late June and early July to gauge the price tag, according to sources,” Charania wrote. “The New Orleans Pelicans inquired with the Nets on June 30 as well but deemed All-Star Brandon Ingram as untouchable, sources said. Also in the past month, the Atlanta Hawks offered John Collins, De’Andre Hunter and a draft pick for Durant, according to sources.”

It’s unclear what the Bucks are willing to offer for Durant, but he and Giannis Antetokounmpo would form arguably the best duo in the NBA if Milwaukee and Brooklyn were to work out a deal.

Durant, a 12-time All-Star, requested a trade from the Nets earlier this offseason. While the Nets haven’t found an offer they are willing to take for Durant, it appears that more and more teams around the league are hoping they can pry him away from Brooklyn.

Durant averaged 29.9 points, 7.4 rebounds and 6.4 assists per game while shooting 51.8 percent from the field and 38.3 percent from beyond the arc last season for Brooklyn.

The former MVP is one of the league’s most gifted scorers. It’s clear that the Nets are expecting a haul, and rightfully so, in exchange for him.

The Bucks won the NBA Finals in the 2020-21 season, and they have one of the best cores in the NBA with Antetokounmpo, Jrue Holiday and Khris Middleton. It’s possible that they’d need to offer one of Middleton or Holiday for Brooklyn to consider moving Durant to Milwaukee. 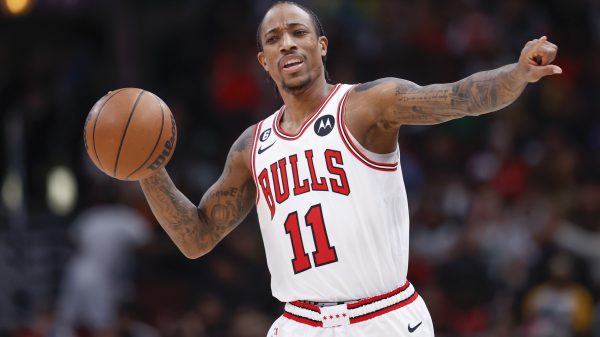