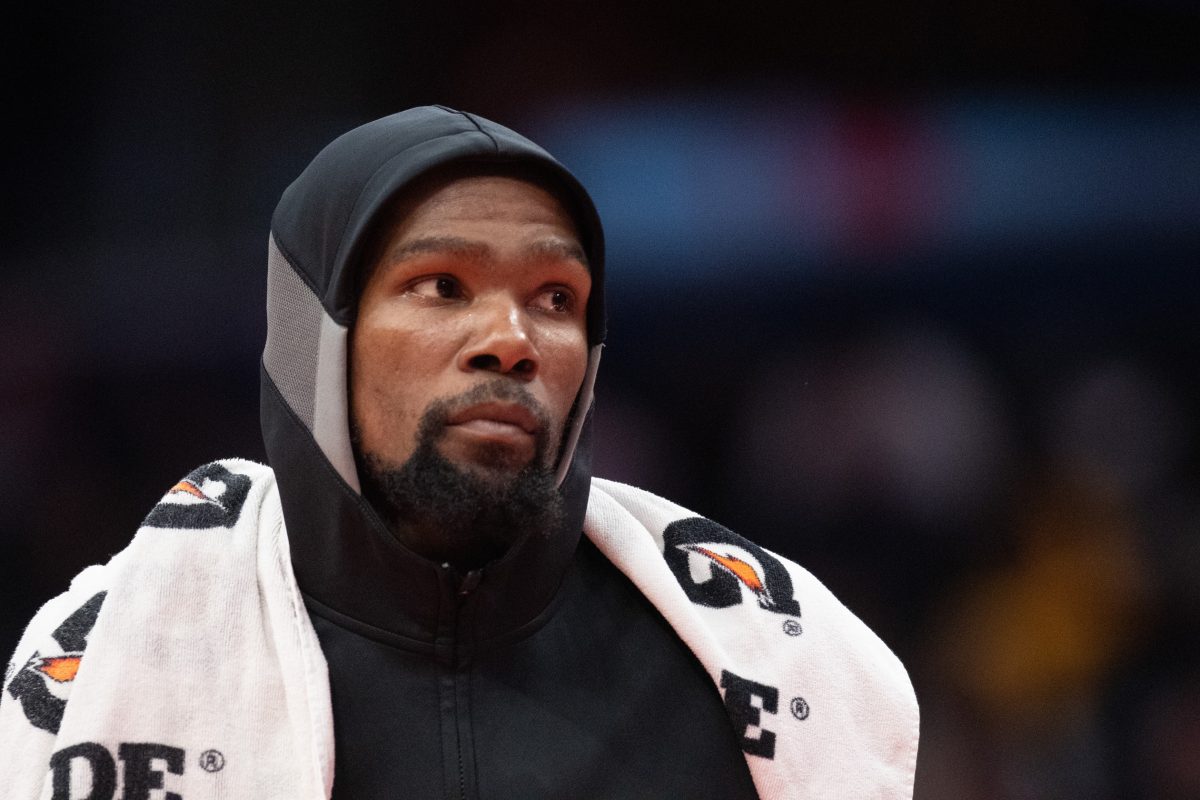 A new report indicates that NBA teams are again apparently looking at the possibility of trading for Brooklyn Nets forward Kevin Durant.

ESPN’s Zach Lowe offered that insight on his podcast by noting that previous discussions that took place this past summer appear ready to resume.

“I don’t think this is going to be fast,” Lowe said. “I don’t know that it will ever really happen. But I know that the whole league is ready now to reengage on Durant.”

Durant originally requested to be traded from the Nets during the offseason before changing his mind. One of the chief reasons for the lack of activity on that trade front was the Nets’ steep asking price.

His time with the Nets has been tumultuous since he joined them in 2019. The Nets inked Durant to a massive multiyear deal, despite the fact that he was already dealing with a serious Achilles injury.

Durant ended up missing all of the interrupted 2019-20 season before returning to the court for the 2020-21 season. However, that season resulted in him only playing in 35 games, in part due to COVID-19-related issues.

Last season, Durant played in 55 regular season games and appeared to be back in form by averaging 29.9 points, 7.4 rebounds and 6.4 assists per game. Despite those efforts, the Nets made a quick playoff exit by getting swept in four games by the Boston Celtics in the first round of the playoffs.

Durant is again playing at a high level for the Nets this season. The problem, in this case, is that the team has started out by losing six of its first nine games and parting ways with former head coach Steve Nash.

In addition, the continuing controversy surrounding Nets guard Kyrie Irving and struggles to integrate Ben Simmons into the team’s lineup have continued to plague the squad.

There’s currently no indication that the Nets are going to pursue any deal involving Durant. Given Durant’s current high level of play, the 34-year-old’s value surely remains high.

The Nets have until the February trade deadline to make a deal to send Durant elsewhere this season. If the team continues to struggle, it may start to reengage interested teams.

Ultimately, any such deal might depend on how flexible the Nets are when it comes to compensation for Durant. They obviously want as much in return as possible, but will have to wait and see what offers come forth.