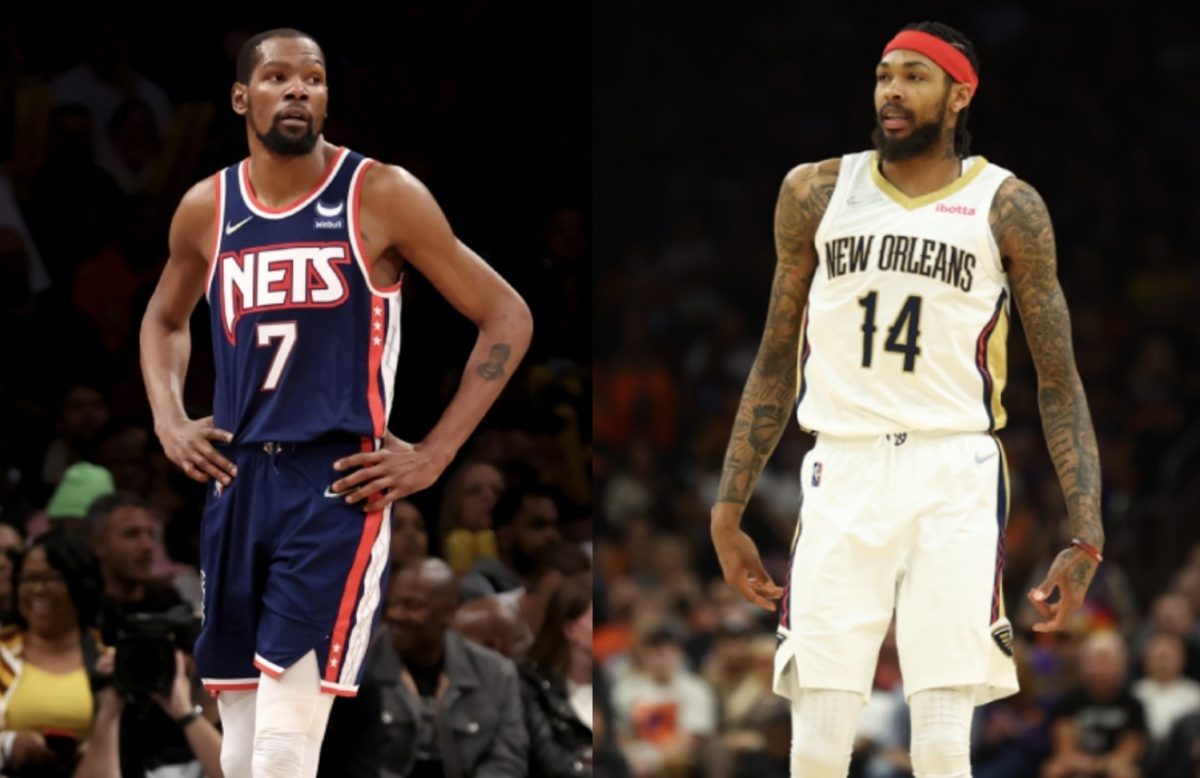 As nearly all NBA fans know, the biggest talk in the league right now has to do with the fact that Kevin Durant requested a trade from the Brooklyn Nets.

A number of teams have already reportedly expressed interest in him, but little traction regarding a deal has occurred.

Interestingly, the Nets have been doing some investigating of their own to try to find a good trade partner. One team the Nets have reportedly contacted is the New Orleans Pelicans.

According to a report, the Nets have expressed interest in a potential deal involving Brandon Ingram, Larry Nance Jr. and draft picks.

IF it’s doable: From what I’ve been told: Pelicans would rather do a deal centered around a multitude of draft picks. Their own plus the Bucks and Lakers ones they still have.

Ingram is no stranger to being an asset in a blockbuster trade. As many will remember, Ingram was one of the key pieces that the Los Angeles Lakers sent to the Pelicans for Anthony Davis several years ago.

Since then, Ingram has gone from a youngster with loads of potential to a one-time All-Star and standout player. It’s not exactly shocking that the Pelicans are reluctant to include him in a deal for Durant.

While Durant is in a different class of elite, he’s nearly 34 years old. Meanwhile, Ingram is just 24 and has many more years of impressive basketball ahead of him.

So, while the Nets may be interested in a package from the Pelicans that includes Ingram, the Pelicans may not be willing to play ball.