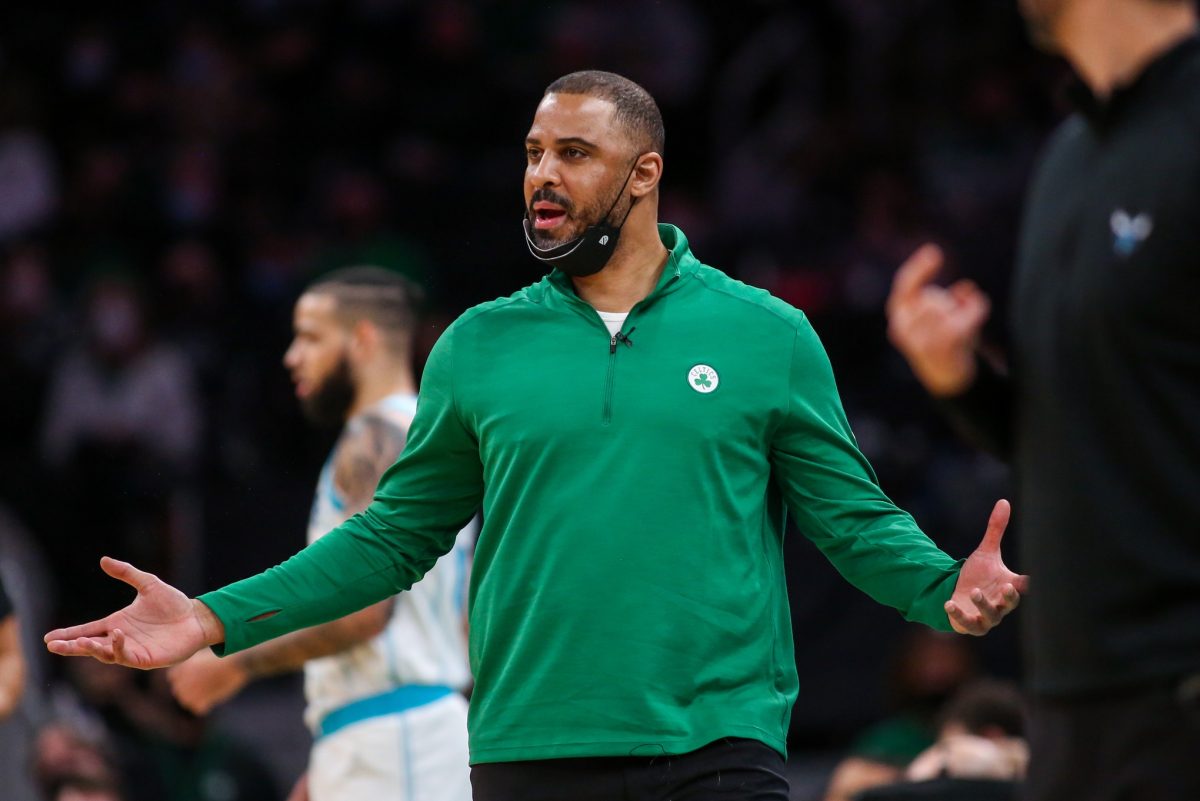 Ethan Strauss of the “House of Strauss” indicated that Udoka’s recent actions that led to his suspension will likely doom his future coaching prospects in the league.

“Given that report, and everything else said in private, an agent friend of mine delivered a verdict on Ime Udoka’s NBA head coaching prospects: ‘He’s done,'” wrote Strauss.

“My guy’s not the only one saying it. This is how many NBA insiders now see the situation, and have seen it since Thursday, really. While nobody can completely predict the future, it is a widespread interpretation of present events.”

The Celtics first became aware of Udoka’s intimate relationship with a female staffer in July, according to Shams Charania of The Athletic. The organization had been under the impression that the relationship between the two was consensual, but the woman recently accused Udoka of making “unwanted comments” toward her.

An investigation by the team led to the shocking season-long suspension of Udoka. To fill that gap, the Celtics elevated assistant Joe Mazzulla to take over as interim head coach.

Udoka was hired just last year and led the Celtics to a 28-7 record over the final 35 games of the 2021-22 regular season. That was followed by a four-game sweep of the Brooklyn Nets in the first round of the playoffs, which was then followed by two separate seven-game series victories over the Milwaukee Bucks and Miami Heat.

That postseason push led the Celtics to the iconic franchise’s first trip to the NBA Finals since 2010. However, they lost in six games to the Golden State Warriors.

Despite that bitter defeat, there was plenty of promise that the Celtics would be in a prime position to capture the league title this season.

That might still happen, depending on quickly Mazzulla is able to handle the rigors of being a first-time NBA head coach. In addition, the shock of what has transpired needs to wear off quickly if Boston has hopes of again reaching the Finals.

The Path Forward for Udoka

Udoka has undoubtedly tarnished his basketball legacy regardless of whether or not the Celtics bring him back. The sordid allegations will follow him for the remainder of his career and no doubt lead to fans unleashing verbal abuse toward him.

However, the example of the late Kobe Bryant might offer a blueprint for Udoka’s redemption. Despite rape charges against him being dropped, Bryant was still found to be unfaithful to his wife.

Yet, by the time Bryant’s career had ended, he had become a basketball icon. Udoka may never reach that level, but he might still end up erasing such negative conjecture.