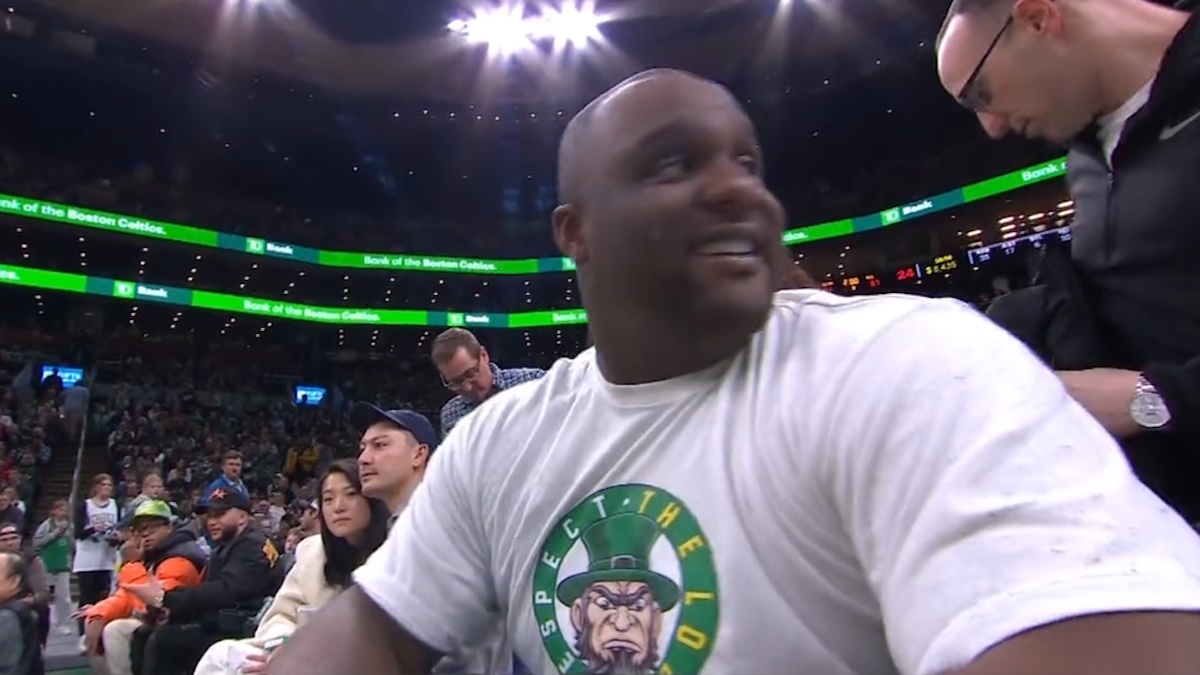 Former Boston Celtics big man Glen Davis made waves on social media recently, as he attempted to sit in someone else’s seat during a Celtics game against the Brooklyn Nets on March 6.

BleacherReport: "Oh are these y'all seats?" 💀

Glen Davis got caught trying to move seats during the Nets-Celtics game pic.twitter.com/XB04pJe4fX

That apparently wasn’t the only problematic thing he did that day. Davis reportedly violated bail in order to attend the matchup, which was won by the Celtics 126-120. In that game, Celtics star Jayson Tatum scored a whopping 54 points in what was an epic performance. Nets superstar Kevin Durant scored 37 points in the match.

Davis was among the many players charged last year with defrauding the NBA’s health and welfare benefit plan. The players involved apparently submitted fake claims for medical services that were never provided.

The 36-year-old was apparently scheduled to have a radio appearance Friday morning in Boston, but it was called off because he seemingly had to make a court appearance.

I’ve just been told we may have to wait until Monday for a reason I’ve never heard a guest use before… https://t.co/hQyXqdnAVN

We were told the reason Big Baby couldn't come in studio this morning is because he was in court.
If the below is true, the reason is because he violated his bail to sit on the court at the Celtics / Nets game. 😬 https://t.co/wXllcPadVs

After that Celtics game against the Nets, Davis was back in Boston on Sunday to witness Kevin Garnett’s jersey retirement ceremony. The Celtics were defeated by the Dallas Mavericks that day by a score of 95-92.

It will be interesting to see what consequences Davis ends up facing as a result of this violation.

The former second-round pick spent the first four seasons of his career with the Celtics, winning a championship with the team in 2008. Davis averaged 8.0 points and 4.4 rebounds per game on 44.7 percent shooting from the field during his time in the league.

He last played in the NBA for the Los Angeles Clippers during the 2014-15 season.