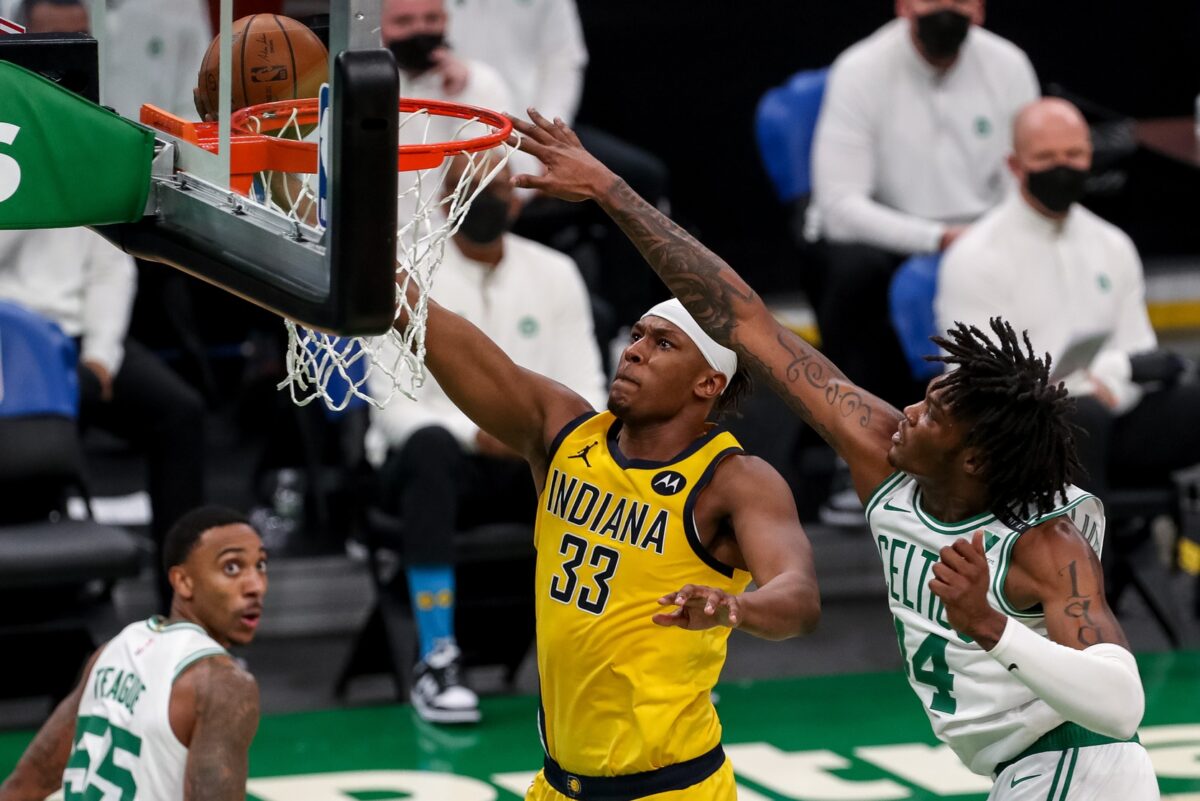 In the waning days before Thursday’s NBA trade deadline, a new report indicates that the Charlotte Hornets are expressing a great deal of interest in acquiring Indiana Pacers center Myles Turner.

ESPN’s Zach Lowe assessed the NBA trade market and noted that the Hornets appear to have the trade assets necessary to acquire Turner.

“We know the Pacers almost traded Myles Turner to the Celtics,” Lowe wrote. “The Pacers are always pretty good, but they can’t seem to reach a higher level with the Domantas Sabonis-Turner double-center pairing. The Charlotte Hornets have strong interest in Turner, sources said, and between Miles Bridges, P.J. Washington, and their future draft assets — plus Devonte’ Graham, about to hit restricted free agency — they have what it takes to make a real offer.”

Turner signed a four-year contract with the Pacers in 2018 that will pay him $18 million per year through the 2022-23 season. That relative security makes the potential return for Turner something that can help the Pacers with their effort at a roster makeover.

This season, Turner is averaging 13.2 points, 6.5 rebounds and a league-high 3.4 blocks per game, numbers that have obviously caught the attention of the Hornets front office.

The Pacers are currently in contention for a playoff berth, but aren’t serious contenders to go deep into the postseason. Hovering just above them are the Hornets, who obviously feel that Turner, who turns 25 on Wednesday, can be a key piece in their future.